Bengaluru, Jun 20 (IANS): Amid massive protest over the new recruitment policy in defence forces Agnipath, Prime Minister Narendra Modi on Monday said that some of the initiatives of the government may seem to be bitter today, but they will bear fruits tomorrow.

Addressing a massive rally in Bengaluru after several inaugurations, foundation laying and dedication programmes, Prime Minister Modi said, "Few of our initiatives might seem to be bitter in the present times. But, they will bear fruits in the coming days." 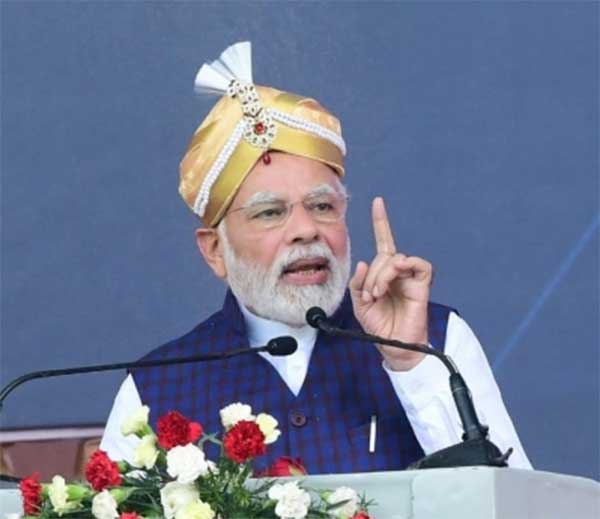 He said the private sector is as important as the government sector. Both have equal opportunities. "But, the mindset of people has not changed. They do not talk so well about private enterprises," PM Modi stated.

He said during the pandemic, young professionals in Bengaluru ensured smooth maintenance of transactions across the world. They have shown that if government interference is not there, they could take the country to the next level.

"Wealth and job creators are our strength. The wealth created by unicorns is Rs 12 lakh crore. Earlier, 10,000 unicorns emerged in 800 days. But, now in 200 days 10,000 unicorns are shaping up. Bengaluru is a reflection of the spirit of 'Ek Bharat, Shrestha Bharat'. The development of Bengaluru is the development of millions of dreams. Bengaluru has emerged as a dream place for lakhs of youth across the country who want to turn their dreams into reality," PM Modi said.

PM Modi maintained that the double engine government of the BJP is constantly working towards ease of living as well as ease of doing business. "Private sector is also involved in building nations and I thank them," he underlined.

PM Modi laid the foundation stone for the ambitious Bengaluru Suburban Rail Project which is being implemented at a cost of Rs 15,767 crore. Slamming the earlier governments for making the project file of Suburban Railway Project to languish for 17 years, Modi said, "We are working towards cutting down on travel time by building rail, metro, roads and flyovers in Bengaluru. This project has been talked about for 40 years. This is not a small thing. When implemented, it would reduce the pressure on Bengaluru to a great extent."

"I will fulfill this dream in 40 months. I will work day and night. If this project is implemented, the vehicles from other states and cities need not enter Bengaluru. The railway services have been transformed in terms of speed, security and comfort," he stated.

PM Modi dedicated 150 ITIs as Technology hubs to the nation at a cost of Rs 4,736 crore and inaugurated several other projects.