Mangaluru/Udupi Jun 21: Heavy rains lashed the city on the evening of Monday, June 20 which continued till Tuesday June 21 morning. According to the meteorology department heavy rains will lash coastal district for the next four days.

Till Monday afternoon, there was sunshine. In the afternoon the weather was cloudy. In the evening, it started to rain suddenly. As rain water overflowed in low lying areas vehicle drivers had tough time. 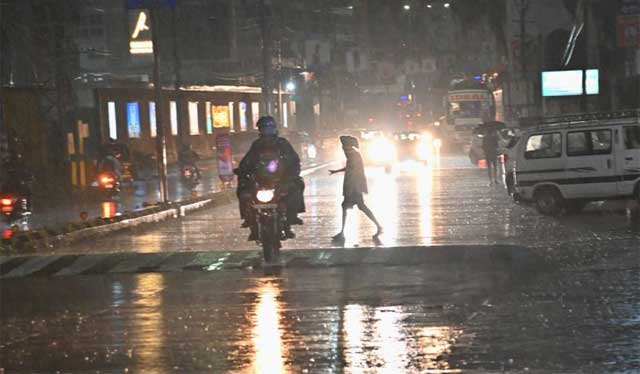 Udupi received heavy rains on Monday. The rain which began pouring in the afternoon, stopped after some time. However, again in the night the downpour was heavy. Low lying areas were inundated as usual and vehicle drivers also were put to inconvenience.

According to the forecast heavy rains are predicted on June 23 and 24. The rains will be from 11.5 cm to 20.4 cm accompanied by heavy winds.