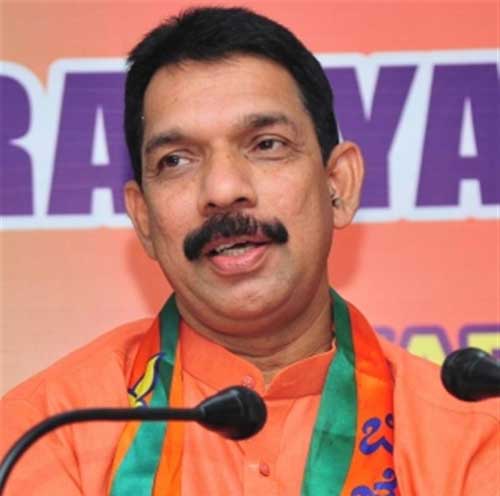 "The terrorist activity has started again in the country. The merciless killing of Hindu tailor is a matter of shame. The killing of Bajrang Dal activist Harsha in Karnataka had also taken place on the same lines. The killers of Harsha in Shivamogga district of the state had slit the throat of Harsha and sent a video of to his sister," Kateel said.

There is foreign hand behind the Rajasthan incident. Such an incident had happened because of the appeasement policy of the Congress government in the state. Why is the Congress silent? It is important to know it's stand when incidents like this take place, he maintained.

"The Rajasthan incident is a challenge to humanity. To foment violence and murders are planned and society is broken. All this is being done in the name of jihad. The incidents which happened in Kashmir are taking place outside Jammu and Kashmir," Kateel stated.

There is an attempt to cultivate jihadi mindset in the society. Those attempts must be nipped in the bud. There should be a fear among those mindsets who try to stage manage beheadings and other activities, he said.

Meanwhile, Congress Opposition leader in Legislative Council B.K. Hariprasad has condemned the incident. In the pretext of this incident, issuing political statements is not good, he said. This is a country where people of all religions are living peacefully. Death must not be glorified.

"Earlier, a person called Shankar Lal had killed a minor. There was a murder taken place in Faridabad as the victim belonged to minority community. The five-year-old girl was killed in Kathua in Jammu and Kashmir. All these developments must be considered and all these incidents must be condemned. There was no intolerance in India. These developments are coming forward after the arrival of Vishwa guru (PM Modi)A8 years ago. The civil society must condemn this," he stated.