Mangaluru, Jun 30: An inquiry was held with regard to the accusation that a plot was hatched to murder Gunaranjan Shetty, brother of actress Anushka Shetty, who is identified with the close aides of underworld criminal late Muttappa Rai, in the city police commissioner’s office on June 29.

City police commissioner N Shashikumar and CCB inspector Mahesh Prasad interrogated Gunaranjan Shetty. Responding to the query of scribes after the interrogation, Gunaranjan Shetty said, “I had appealed to the home ministry based on the information by sources. As I am in public life, I have contacts with many people. There are people who are against me also. Mangaluru police had called me for an inquiry. I have given the information that I know to the police. I cannot say with conviction who is behind this plot. Police have begun their investigation. Truth will be revealed. I have not complained about Manvit. I do not have any differences with him.” 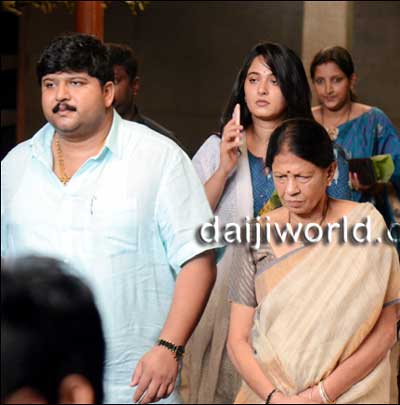 Answering the queries of reporters, Shashikumar said, “We called Gunaranjan Shetty to gather information. He did not say who exactly had threatened him. But he said that there was a threat to his life. Investigations will continue.”

The Jaya Karnataka workers had appealed to the home ministry to provide security to Gunaranjan Shetty citing threat to his life from Manvit Rai. But Manvit denied any connection with the accusation a;so stating that there are no criminal offences on him till now. He also said that he did not know why such an accusation was levelled at him.

Both Gunaranjan Shetty and Manvit Rai were close aides of late underworld criminal Muttappa Rai when he was alive. It is said that both developed differences after Muttappa died.