Bengaluru, Jul 2: Continuing his tirade against former Congress MLA KN Rajanna on the poor health of his father and JD(S) supremo HD Deve Gowda, JD(S) legislature party leader and former Chief Minister HD Kumaraswamy on Saturday accused Congress leader of opposition in the Assembly Siddaramaiah of being behind the remarks.

Kumaraswamy alleged that internal discussions are taking place among Siddaramaiah’s inner circle as to the end of Deve Gowda and comments on how long he will live and Rajanna has spoken about it at a public platform saying the former Prime Minister cannot walk or sit without support or leaning on the shoulders of others. 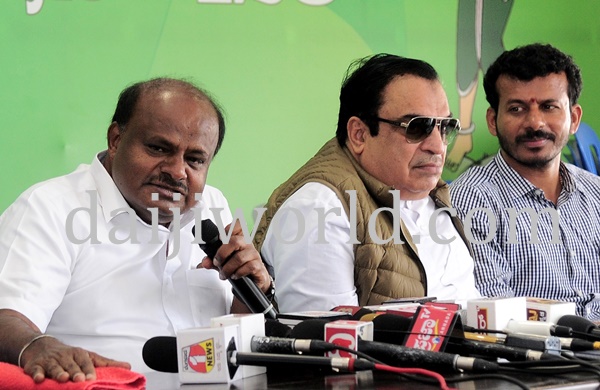 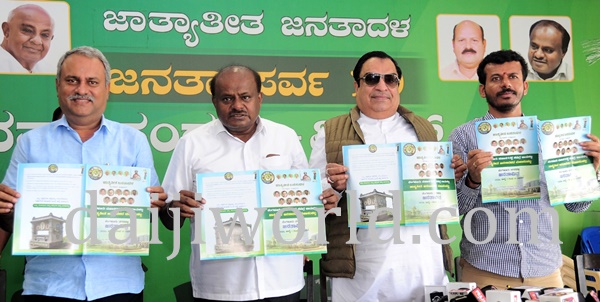 “Siddaramaiah’s rise in politics in not because of Congress party or its workers but due to the support of JD(S). He is what he is because of JD(S),’’ Kumaraswamy said asking the former Congress Chief Minister to bear this in mind.

Addressing a news conference at the party office on Saturday, Kumaraswamy said: “Deve Gowda is like Bhishmacharya. He will die when he wants and not because somebody wants him to. He has vowed to bring JD(S) to power before his death and has all the qualities of Bhishmacharya. He still has strength and will power to continue. I strongly believe that he will be around till he turns 100.’’

JD(S) will win more seats than BJP or Congress

Kumaraswamy reiterated the party’s determination to achieve ‘Mission123’ in the ensuing assembly polls in 2023 to get a clear majority out of the 224 seats and claimed that JD(S) will definitely win more seats than BJP or Congress.

Dismissing Congress party’s internal survey prediction of winning 130 out of 224 assembly seats in 2023, the JD(S) leader termed it as a ‘planted survey’ and predicted that Congress will not win 60 or a maximum of 65 seat, which is their ‘real strength’.

“If BJP leader and former Chief Minister BS Yediyurappa had not quit the party and formed his own party in 2013, Siddaramaiah would never have become the Chief Minister. They should be grateful to Yediyurappa. After coming to power, the Congress party’s strength came down to 78 in the next election. You can write this down. Congress will not cross 70,’’ he said asserting that JD(S) will win more seats than Congress or BJP. “This is my challenge,’’ he declared.

State JD(S) President CM Ibrahim dared both the Congress and BJP to declare their chief ministerial candidate for the assembly polls. Both the national parties are unable to declare their candidates because they know they are not confident of victory, he said.

Kumaraswamy lashed out at Chief Minister Basavaraj Bommai for blaming the previous governments for the mess and problems in Bengaluru and asked him to spell out the achievements of BJP during the last three years. BJP had ruled the State from 2008 to 2013, he said pointing out that he had launched the Outer Peripheral Ring Road project during his 14 month rule and had even allocated funds for the Inner Ring Road project, which are languishing after BJP came to power

The former Chief Minister said the JD(S)-Congress coalition government had implemented the PRR project and approved creation of five satellite towns. But the BJP is looting funds in the name of developments and making money out of commission, he alleged.