Bantwal, Jul 5: The road at Kalladka between Mangaluru to Bengaluru national highway has become pathetic due to incessant rain during the last few days.

Flyover work of the four lane highway is in progress at Kalladka. The old road was closed and traffic was allowed after separately laying tar on the alternative road. But the new road was damaged in the heavy rain. Kalladka market has become like a ditch. 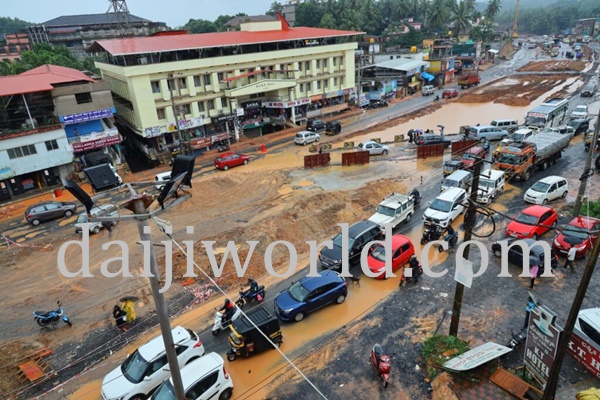 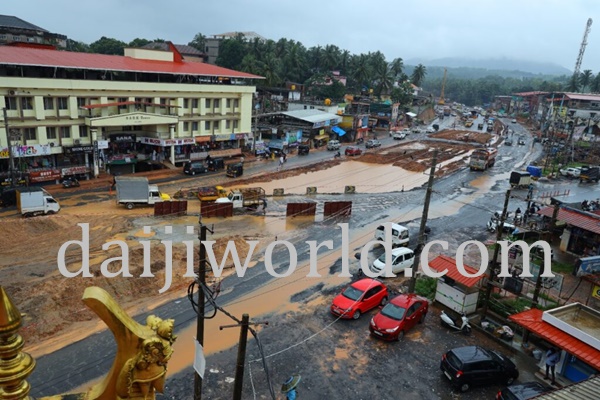 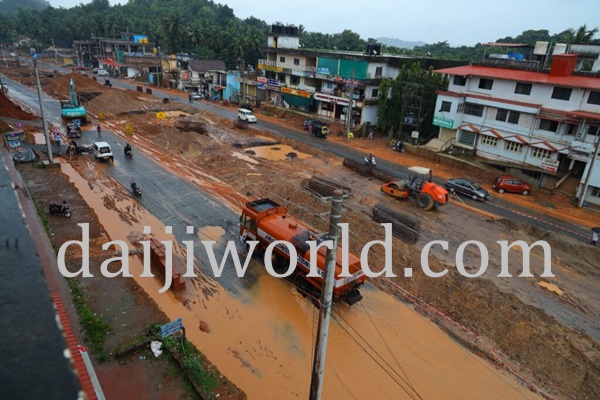 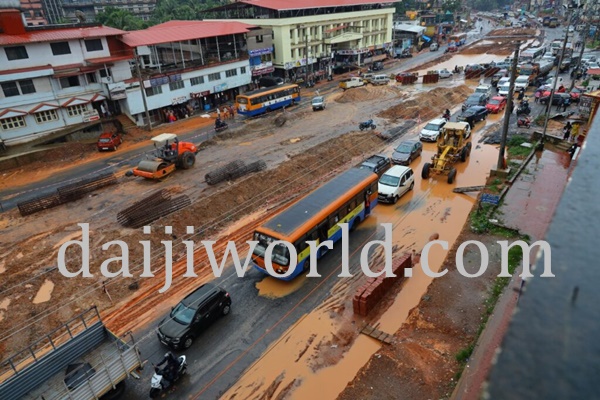 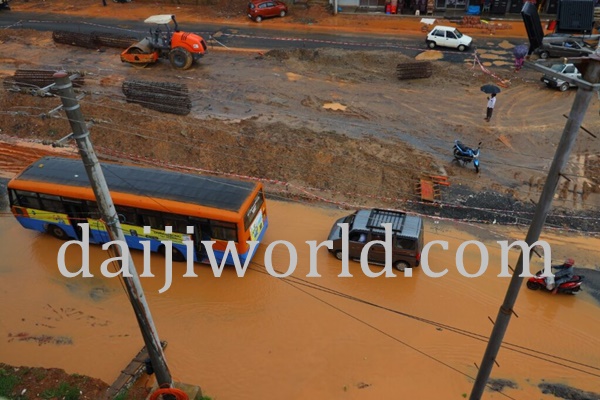 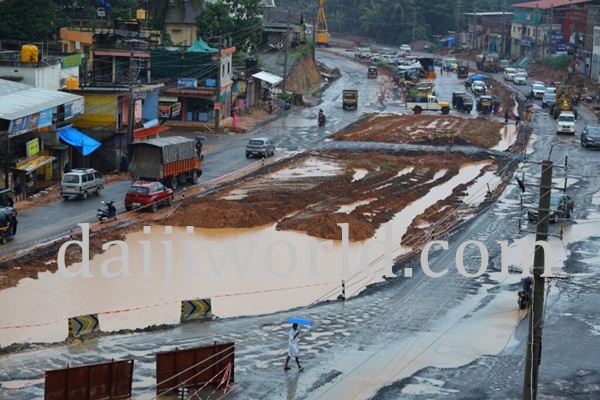 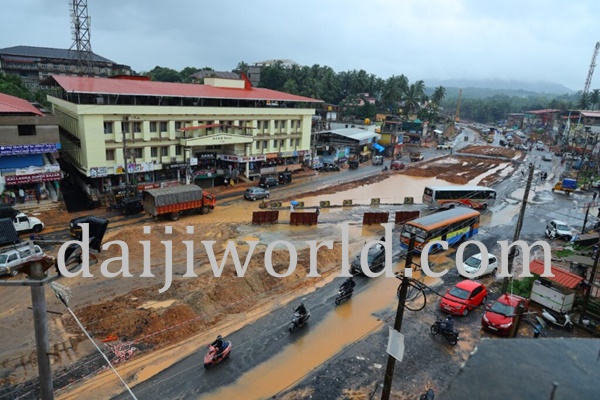 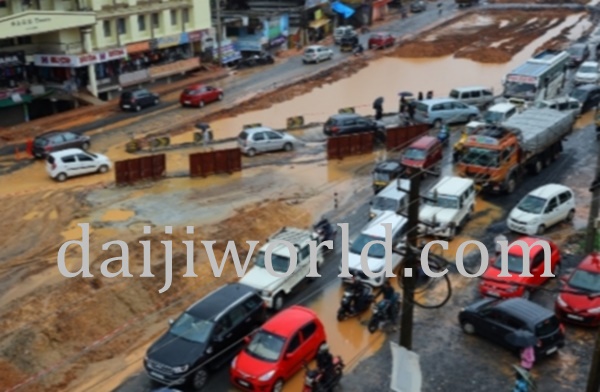 The B C Road-Addahole four lane road works had begun in summer. While there was a problem of dust in the summer, it is the problem of rain water filled potholes, improper drainage, blocking of road due to landslides etc. during the monsoons.

The company which took over the works should have demolished the old road after constructing the new one. KNRC private company has taken over the contract and the work is in progress swiftly. However as there is lack of drainage for the water to flow from the road, it is getting stagnated on the road. Mud caves in from some hills. Electric poles erected in unscientific manner have fallen in some places and are leaning in some other places.

Vehicle drivers are afraid that the electric poles may fall or there can be landslides when their vehicles move. People have expressed anguish that the highway on which thousands of vehicles ply is in pathetic condition. People would not have faced hardship if work was started understanding the issues in monsoons.