Udupi, Augt 4: A special police team formed in Brahmavar police circle limits under the orders from SP to maintain law and order and prevent crimes led by circle inspector Ananta Padmanabha stopped on suspicion a Santro car at Shediguli, Havanje village on July 29. The police personnel on inspection found an iron rod that is used to break house doors and also silver jewellery in it. Three accused were arrested in this connection.

The arrested are Dileep Shetty, a native of Shivapura village, Hebri, and current resident of Chandapura, Bengaluru; Rajan of Mettupalayam, Alandombu, Tamil Nadu and Shanmugam of Jadayam Palyam, Tamilnadu.

The gang along with notorious thieves Rajan, Kutti Vijayan and Sajith Varghese used to use a Santro car and an Omni for thefts in Hassan, Dakshina Kannada and Udupi. 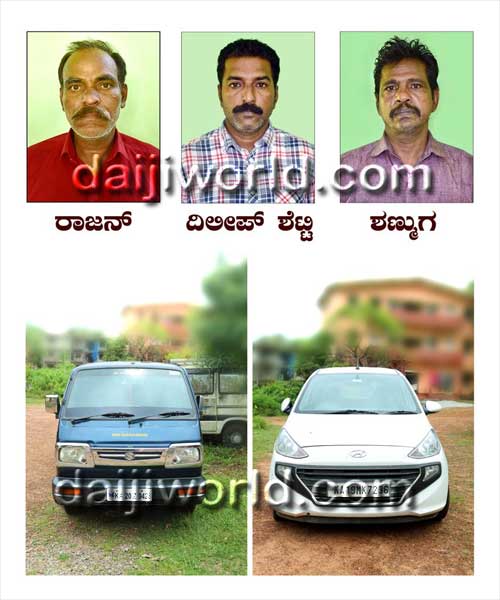 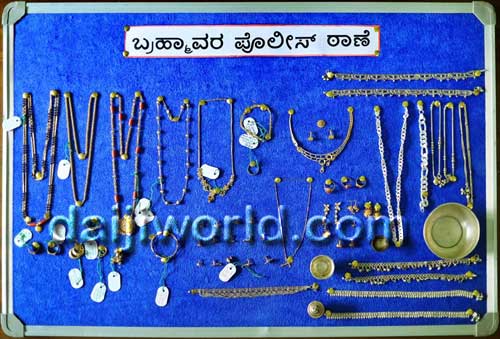 Several criminal cases are pending against Dileep Shetty at Arasikere, Bengaluru, Mandya. A non-bailable warrant is also issued against him.

The stolen goods hidden in Bengaluru and Coimbatore have been confiscated by the police.
In all, Rs 13 lacs worth jewellery, a Santro car, an omni car and stolen goods collectively worth Rs 20 lacs have been recovered from Dileep Shetty and Rajan. Five cases of house thefts have been cracked with these arrests.