Mangaluru, Aug 5: Monsoon got intensified again from Thursday August 4 in the district of Dakshina Kannada as forecast by the meteorological department.

A red alert was delcared till August 5 earlier which is now extended to August 6 as heavy rains are expected. Fishermen are also warned not to venture into the sea due to violent waves and high velocity winds. 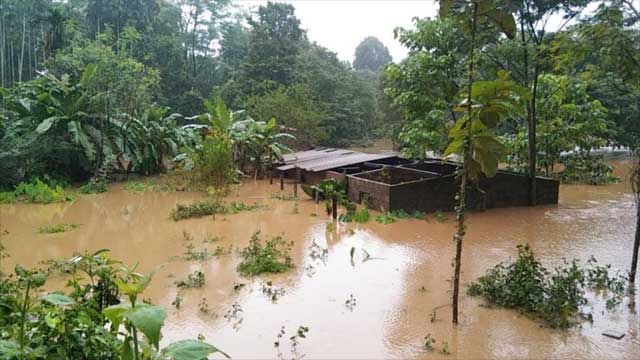 In total, 58 people have taken shelter in various concern centers of Kadaba and Sullia. At the Kalmakaru government school 10 men, 11 women, at Sampaje Sajjana foundation eight men and four women and at Anagha lodge at Subramanya six men, seven women and six children are sheltered. At the Yenekallu government primary school, one man, two women and three children have taken shelter.