Mangaluru, Aug 10: Praveen Kumar, who as a prisoner brutally murdered four members, including his aunt, in 1994 at Vamanjoor, is likely to be released from prison on grounds of good conduct. However, his family members including his wife on Wednesday, August 10 have appealed to the Home Minister not to release him.

On Wednesday, his family members met the home minister Araga Jnanendra urging him not to release Praveen opposing the government move to release him from jail. 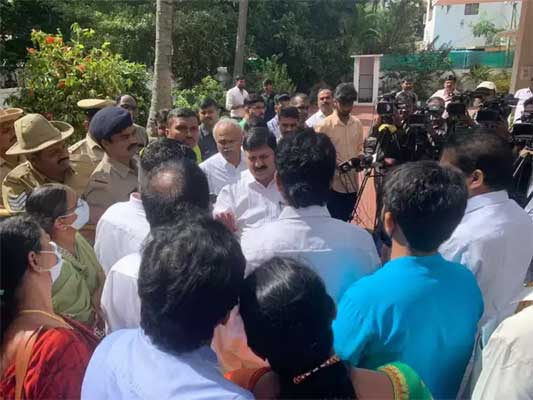 Speaking to media persons, Home Minister Araga Jnanedra said, "Earlier the court awarded him a death sentence for the crime that he had committed. But later he was sentenced to life imprisonment. Now, we have come to know his background and his family members had approached us urging the government not to release him."

The minister said the proposal to release Praveen from jail was taken by the previous government as he had displayed good conduct in jail.

"As per the information shared by his family members, he had escaped from judicial custody while he was being brought to court from Belagavi. It has come to be known that he got married in Goa and he has a son.  He was convicted for 14 years," the home minister said.

“As this is a special case, officials have been called for a meeting on Wednesday. We will take whatever action is deemed right within the framework of law. We will also provide security to both families as there is a threat from the accused to both of them,” he added.

“We will enact a law such that criminals who have been involved in murder and rape cases should not be freed. We will take the final decision after holding a meeting with officials,” he said.