Puttur: Out of jail on I-day, accused lands in prison again for stealing bike

Puttur, Aug 17: A person who was released from prison on Independence Day was apprehended by the police in Gundya on the same day itself for stealing a bike owned by a woman.

The accused has been handed over to the Uppinangady police. The accused who had been released from Kannur jail on August 15 reportedly stole a bike here and was on his way to Bengaluru. 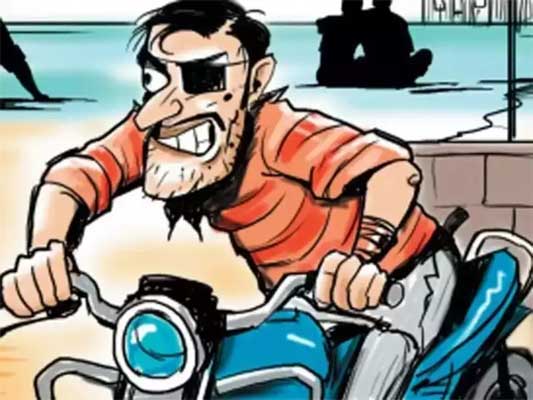 The vehicle that he rode ran out of fuel on the way near a dhaba. Thereafter, he stole a parked bike owned by a woman who works as a lecturer in a degree college and who had stepped out to buy groceries, which came to the notice of the curious onlookers.

The accused was then handed over to the Gundya police check post by a group of people.

The accused was then taken by the Dharmasthala police and handed over to Uppinangady police.

Police are collecting information about the accused.

Title: Puttur: Out of jail on I-day, accused lands in prison again for stealing bike