Mangaluru, Aug 17: Former MLA J R Lobo has written to the deputy commissioner of the district requesting for compensation to be paid to the family of the recent road accident victim youth Ashish.

In his letter, he said that the roads on the national, state and in the local administration limits are damaged across the state with large potholes. “Several accidents occur because of them causing injuries to some and even deaths,” he said. 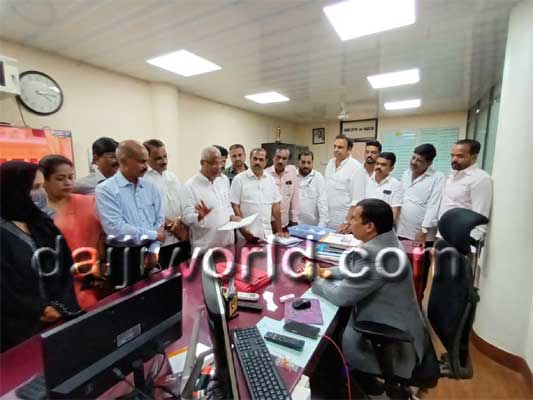 “It is tragic that a youth named Ashish met with an accident near Nanthoor Bikarnakatte because of the pothole and lost his life. But it is condemnable that the police department has written in the FIR that it is the fault of the driver. The note has been written to ensure that the family of the deceased does not receive any compensation. The FIR should be rectified. Congress party will hold protest otherwise,” Lobo warned.

“The family of Ashish who lost an earning member of the family and its future  is in deep shock. We hereby urge the government to release an amount of Rs 25 lacs to his family as compensation," he said.

The former MLA also said a criminal case should be registered against the officials who failed to keep the road in a motorable condition. "We request the authorities to fill the potholes immediately at least on a temporary basis," he said.