Tehran, Aug 19 (IANS): Iranian Foreign Minister has said that the Vienna nuclear talks could enter a new stage if Iran's economic interests are protected and its red lines respected in the potential US response to its viewpoints on the EU's proposal.

Hossein Amir-Abdollahian made the remarks in a phone call with his Omani counterpart Sayyid Badr Hamad al-Busaidi, in which they discussed bilateral, regional and international issues, according to the Iranian Foreign Ministry's website on Thursday. 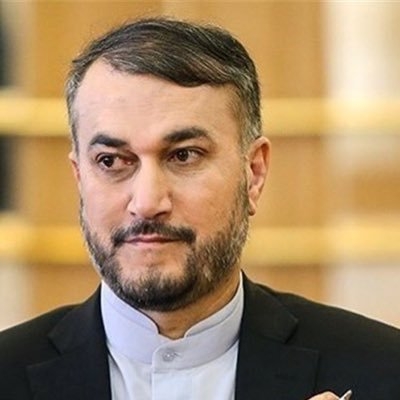 After receiving the US response to the viewpoints Iran earlier conveyed to the European Union on the bloc's proposed final draft of a potential nuclear agreement, Iran will see whether its interests are safeguarded and red lines respected, Amir-Abdollahian added.

Meanwhile, the Omani Foreign Minister expressed hope that a satisfactory result would be achieved in the Vienna talks through all sides' cooperation, Xinhua news agency reported.

On Monday, Iran announced that it had presented its written response to the EU's draft of a potential agreement, noting that if the US reaction features realism and flexibility, the nuclear agreement will be achieved.

The latest round of the nuclear talks was held in Austria's capital Vienna in early August after a five-month hiatus. On August 8, the EU put forward a "final text" of the draft decision on reviving a 2015 nuclear deal.

Iran signed the nuclear deal with world powers in July 2015, agreeing to curb its nuclear programme in return for the removal of sanctions on the country. However, former US President Donald Trump pulled Washington out of the agreement and reimposed unilateral sanctions on Tehran, prompting the latter to drop some of its commitments under the pact.

The talks on the revival of the 2015 nuclear deal began in April 2021 in Vienna but were suspended in March 2022 because of political differences between Tehran and Washington.