Qatar plans to invest in Karachi and Islamabad airports

The money will be invested through the Qatar Investment Authority (QIA), according to a statement issued by Qatar's Emiri Diwan, which is the administrative office of the Emir of Qatar, Samaa TV reported.

A day earlier, Sharid had held talks with the head of QIA. Officials in Islamabad also confirmed that Qatar is ready to invest $3 billion in Pakistan. 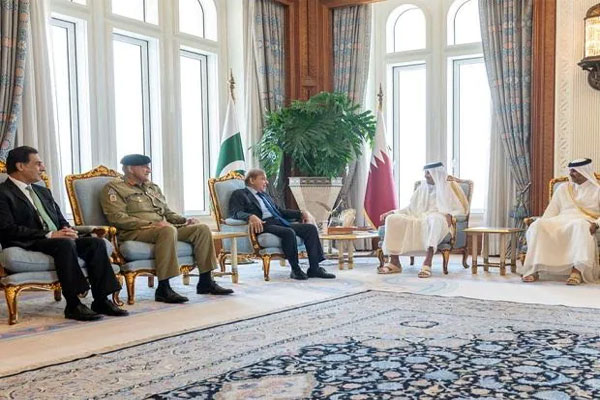 Qatar is interested in investing in Karachi and Islamabad airports, the officials told Samaa TV.

The QIA will ensure that investment is made as soon as possible to support cash-strapped Pakistan, they said.

Earlier, PM Shehbaz Sharif was expected to offer stakes to the Gulf nation in its state-owned enterprises (SOEs), including share in the state-owned Roosevelt Hotel in New York and Pakistan International Airlines running at a loss, The News reported.

He was expected to offer Qatar the opportunity to oversee Pakistan's airports. The PM's aides added that he also hoped to make energy deals.

For the liquefied natural gas (LNG) bought from Qatar under long-term deals, Pakistan - a major importer of LNG from the Gulf country - also aimed to seek a deferred payment plan.

The country has signed two long-term LNG supply deals with the Gulf nation through which up to nine cargoes a month will arrive in Pakistan, The News reported.

Title: Qatar plans to invest in Karachi and Islamabad airports