Mangaluru, Sep 14: On September 6, Lourdes Central School celebrated Onam with a thematic morning assembly lead by the students of Classes 9 to 12. Tanishka Dharmaraj of Class XC was the master of the ceremony. The school choir led into prayer and the prayer for various intentions was led by Sarah of Class XC followed by the thought for the day by Geanne.

Anna of Class IXA briefed on the significance of the joyous occasion of Onam in Malayalam as well as English. It was followed by melodious songs performed by the students of Classes 9 to 12. They performed a mash-up of traditional Onam songs which expressed the beauty of the state and the festival. The center of attraction was the colourful and magnificent Pookkalam at the entrance of the lobby, designed by the students of Classes 9 to 12 under the guidance of Revathi. 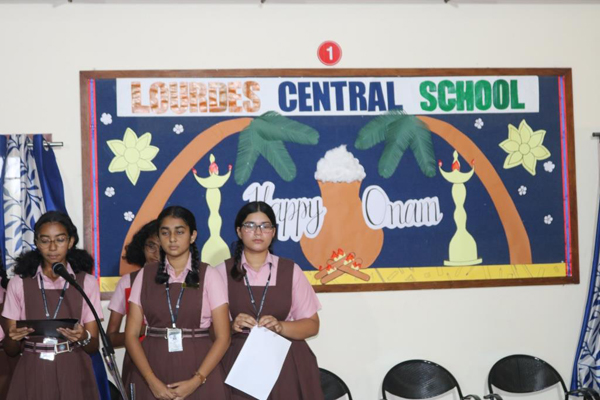 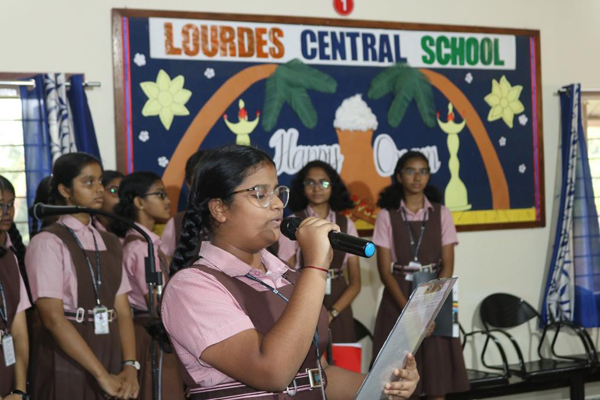 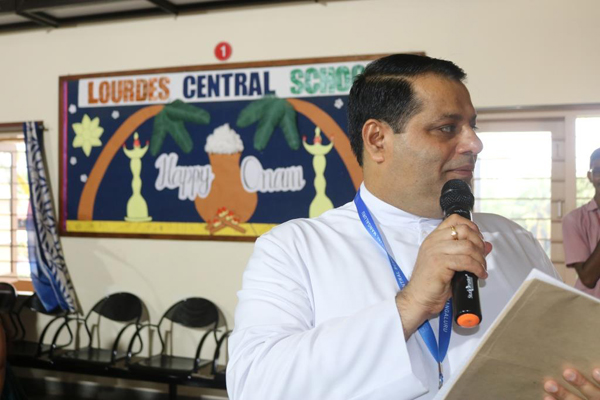 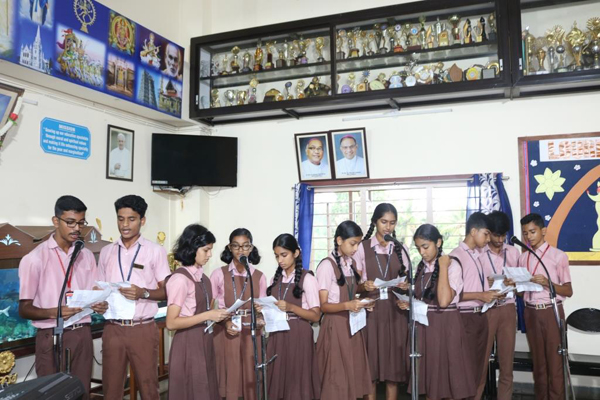 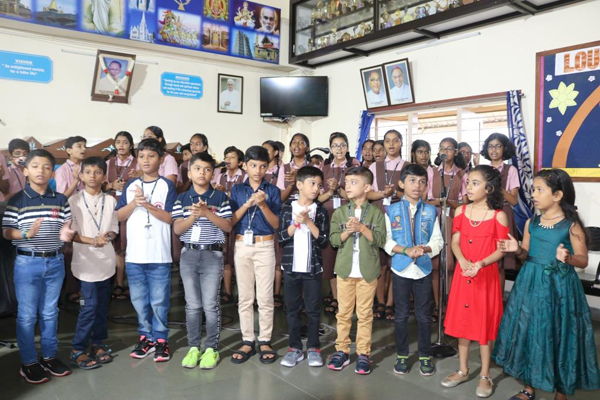 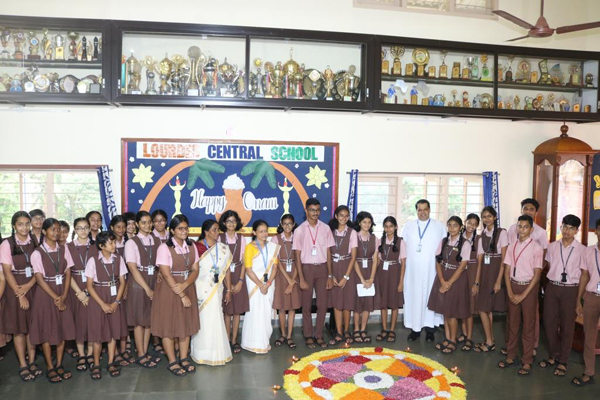 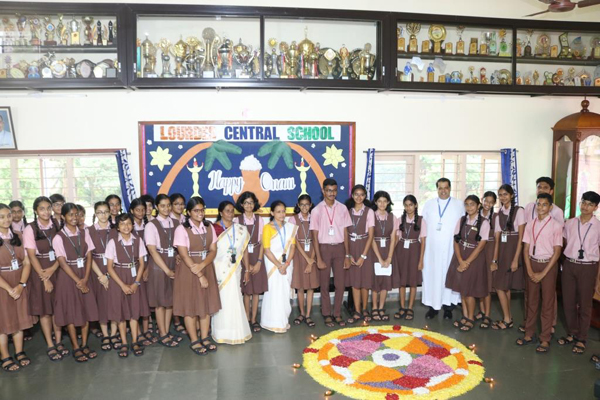 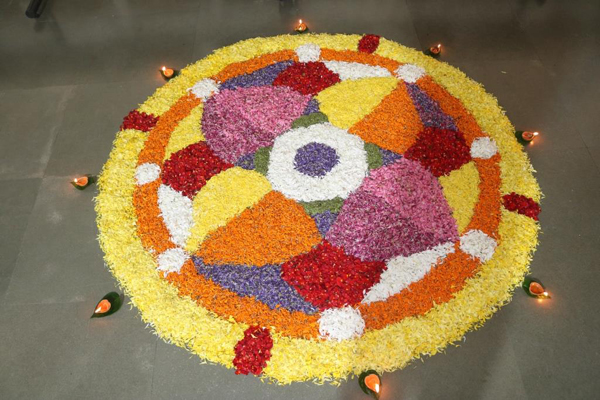 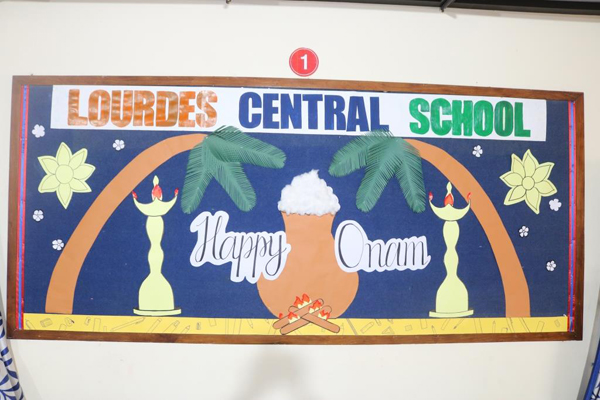 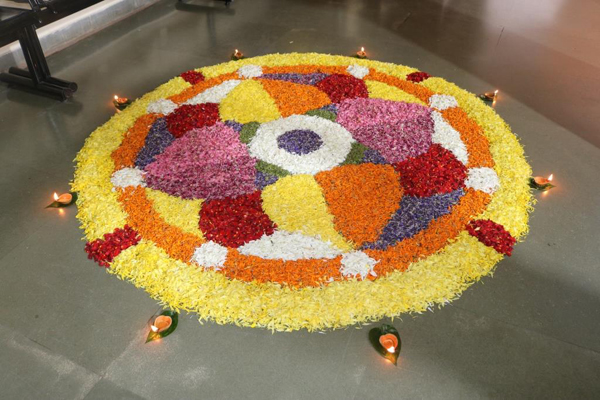 The children celebrating their birthdays were wished. Fr Robert D Souza, the principal, spoke a few words on the joyous occasion and wished all the malayalees a very happy Onam. The assembly concluded with the school anthem.

The entire programme was planned, coordinated and guided by Jayashree.