Mangaluru, Oct 1: The proposal of renaming Suratkal Junction as Veer Savarkar junction was accepted in the general meeting of Mangaluru City Corporation (MCC) on Friday September 30.

MLA Dr Bharath Shetty had appealed to rename the circle. The proposal was sent to report of standing committee in the meeting that was held on August 3, 2021. The proposal was objected by MCC members A C Vinayraj, Shamshad Aboobaker, Munib Bengre and Varun Chowta. The standing committee had made spot inspection and gave its consent and presented the same in the council meeting. However, MCC members Keshava and Shamsuddin had opposed the move. 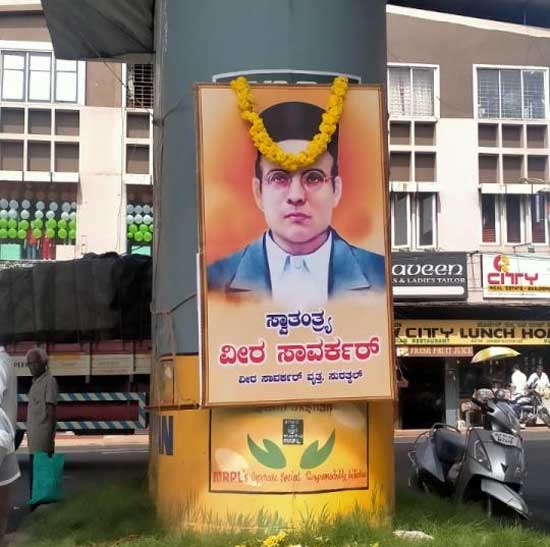 The MCC will give publication to this effect in dailies and invite suggestions and objections from the public and then take a final decision.

A few months ago, Savarkar’s flex was installed in the junction. Some citizens had objected the same. Later it was removed by officers of MCC.