Udupi, Oct 1: Around 13% of houses in India still do not have electricity. However, 1.52 lac houses in Karnataka are provided with power.

According to the statistics given by gram panchayats and survey that was undertaken under various Escom limits, out of the 2,39,144 houses that were not having electricity, 1.52 lac are provided with the same. However, 86,527 houses are still in dark. 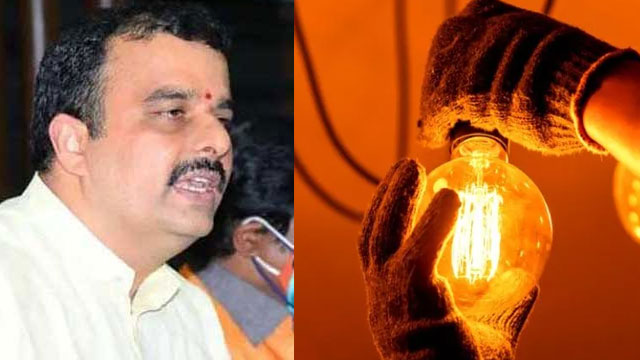 Belaku is the scheme brought about by minister Sunil Kumar. The state energy department took all important decision of providing electricity to more than two lac house that were lying in dark in the state.

Only one bulb is being provided under Belaku scheme. There is no other facility to use mixer or grinder. The cost of giving electricity to these houses is borne by the electricity supply companies themselves. Within few days of submitting application, electricity supply is provided.

Some rules are relaxed under this scheme. There is no need to get NOC from the local administration. Only ration card, Aadhar card, voters’ identity card and documents provided by gram panchayat are enough to get the one bulb connection.

Chief minister Basavaraj Bommai has appreciated the initiative taken by minister Sunil Kumar and said that Belaku is the humanitarian approach scheme formed in order to bring light into the house of villagers who have never seen electricity.

Minister Sunil Kumar said that this scheme is very close to his heart as the Belaku scheme was formed as light is also essential for living like food, shelter and education.