"We condemn the hate crime at the Shri Bhagvad Gita Park in Brampton. We urge Canadian authorities and Peel Police to investigate and take prompt action on the perpetrators," High Commission of India in Ottawa said in a tweet.

A sign with the park's name was allegedly vandalised and officials have ordered a probe, said city Mayor Patrick Brown, who confirmed the incident on Twitter. Condemning the incident, Brown said, "We have zero tolerance for this." 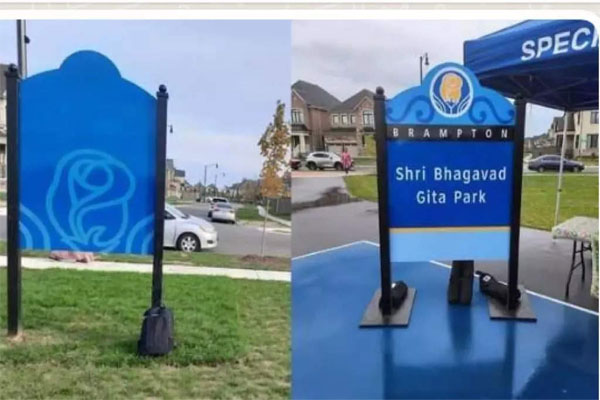 He also said that the matter has now been flagged to Peel Regional Police for further investigation, adding that the Parks department is working to resolve and correct the sign as soon as possible.