Addressing a programme marking the vigilance awareness week of the Central Vigilance Commission (CVC) at Vigyan Bhawan, Modi said, "Earlier the governments not only lost people's confidence but they also failed to trust people." 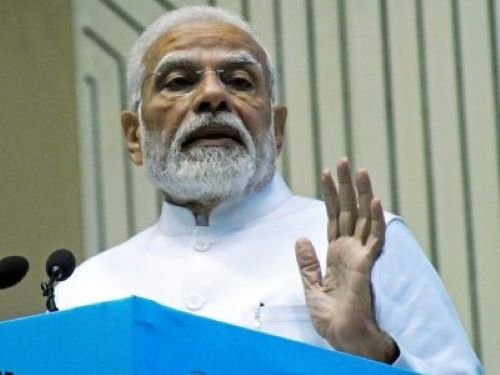 "We have been trying to change the system of scarcity and pressure for the last eight years. The government is trying to fill the gap between the supply and demand," he added.

The Prime Minister also launched the Management System portal of CVC on the occasion.

"For a developed India, trust and credibility are critical," he said further, adding that technology, service saturation and Aatmnirbharta are the three key ways of tackling corruption.

"For a developed India, we have to develop such an administrative ecosystem with zero tolerance on corruption," Modi emphasised.

He suggested to the CVC officials present on the occasion to devise a way of ranking departments on the basis of pending corruption cases and publish the related reports on a monthly or quarterly basis.

"Institutions acting against the corrupt and corruption like the CVC don't have to be defensive," he advised.

"When you take action with conviction, the whole nation stands with you," said the Prime Minister.

Touching upon the worrying trend, the Prime Minister said, "We have seen that many times the corrupt people are glorified in spite of being jailed even after being proven to be corrupt."

"This situation is not good for Indian society. Even today, some people give arguments in favour of the corrupt who have been found guilty. It is very necessary for such people, such forces to be made aware of their duty by society. In this also concrete action taken by your department has a big role," he said.