Chennai, Nov 10 (IANS): At least five people were killed while 10 others were grievously injured in a firecracker manufacturing unit in Tamil Nadu's Madurai district on Thursday, police said.

Three buildings were also partially damaged in the blast that took place at Usalambatti near Madurai, Madurai Superintendent of Police told IANS. 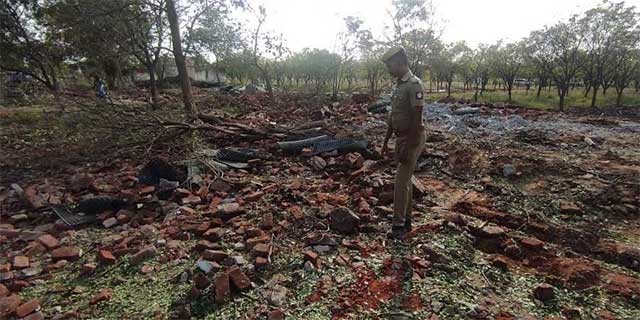 The explosion was so severe that the body parts of those who died were found scattered across the factory premises.

The deceased were identified as Amavasi, Gopi, Vallarasu, Viki, and Prema. The unit was owned by Valiyappan.

The injured are admitted to the Usalambatti government hospital.