Speaking at the Platinum Jubilee celebrations of cement major India Cements Ltd, Shah said medical and engineering education should be in Tamil and the state government should start that. 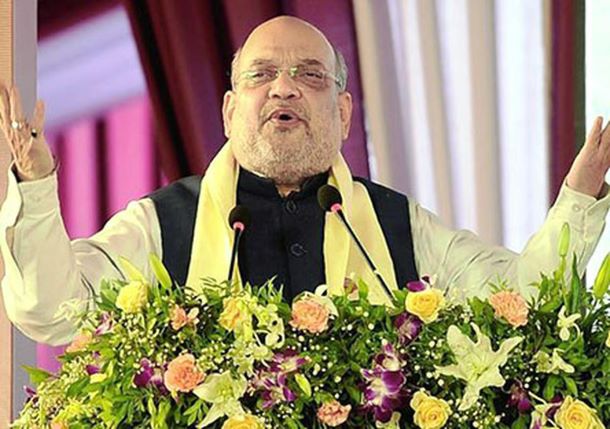 Home Minister Shah said it will be easy for the students to study in their mother tongue and they can also do research and development (R&D) in their own language.

He also said Tamil is the oldest language and the whole India is proud about it.

Listing out various projects like the defence corridor, Shah said Prime Minister Narendra Modi is focusing on Tamil Nadu and added that the tax devolution to the state and central grants has gone up several fold during the past eight years.

According to Shah, if a company is in existence for 75 years than it shows that it is a leader in that segment.

Shah was also the office-bearer of Gujarat Cricket Association when Srinivasan at the BCCI helm.

On the economic front, Shah said India is growing well towards becoming a $5 trillion economy and cited Morgan Stanley which said the country will become the third largest economy in the world by 2027.

With political stability in the country, Shah also pointed out that the International Monetary Fund (IMF) has said that India is a bright spot in the dark horizon.

Tamil Nadu Governor R.N.Ravi said till the 18th century, India was the economic powerhouse of the world the its glorious history was erased.

Ravi said India was a major steel producer in the world and in 1840 Sheffield, UK had shipped 1,000 ton of steel to Madras- now Chennai- and were not able to sell even one ton.

The reason was steel making in India was like a cottage industry and there were over 10,000 smelters then in the present Andhra Pradesh region and were making better quality steel.

Ravi said Sheffield sent its team to India to learn the process. The British government killed the Indian industry while Sheffield prospered.

One has to ponder as to what had happened to the Indian industry in the last 200 years. Post India's independence the licence permit raj hindered the growth, Ravi said.

According to him, under the Modi government, the country's economy is growing.