Chennai, Nov 12 (IANS): The six convicts who were jailed in the assassination case of former Prime Minister Rajiv Gandhi have been released from prison on Saturday, officials said.

The Supreme Court on Friday had ordered the release of all the six life-term convicts in view of the Tamil Nadu government's recommendation. 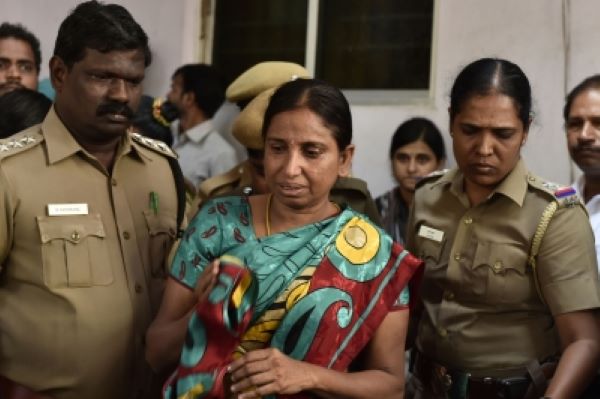 In May, the top court had ordered the release of A.G. Perarivalan, who was sentenced to life imprisonment over the 1991 assassination of the former Prime Minister.

On Friday, a bench of Justices B.R. Gavai and B.V. Nagarathna passed the order of releasing the convicts including S. Nalini and her husband Murugan a.k.a. Sri Haran.

It noted that the state government has recommended the release of all convicts, and also that the convicts have spent more than two decades in prison and that their conduct was satisfactory.

The others who were released from the prison on Saturday are Shanthan, Robert Payas, Jayakumar and Ravichandran.

Nalini and Ravichandran are from Tamil Nadu while the four others are Sri Lankan nationals.

The Supreme Court in its order stated that the six convicts were in prison for the last three decades, and they did not create any issues in the prison.

S. Nalini who was on parole, was first taken to the Katpadi police station and then to Vellore central prison from where the formalities of her release were completed.

The other prisoners were in Puzhal and Madurai Central prison.

Nalini's counsel Pugazhendi told media persons that it is yet to be decided whether she would stay in Tamil Nadu or shift to London where her daughter is staying.