New Delhi, Nov 13 (IANS): The country has to bear the brunt of "wrong policies" of India's first Prime Minister Jawaharlal Nehru for decades, the Bharatiya Janata Party (BJP) has said while terming his policies on national security, economy and foreign affairs as failures.

From 1951 to 1977, the Bharatiya Jana Sangh and then from 1980 to till now, the leaders of the BJP, have been constantly targeting Nehru for his policies. 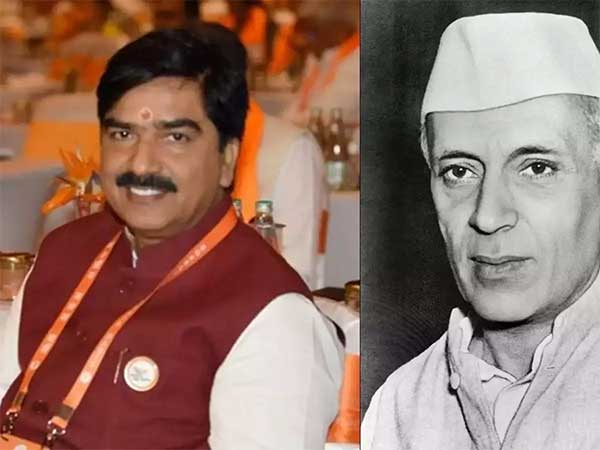 From Syama Prasad Mookerjee and Deendayal Upadhyaya to Atal Bihari Vajpayee, L.K. Advani and the current Prime Minister Narendra Modi, they all have been critical about the policies of the country's first Prime Minister on many fronts including the Jammu and Kashmir issue.

The Rashtriya Swayamsevak Sangh (RSS) also holds Nehru responsible for many problems of the country.

Speaking to IANS, BJP National Spokesperson Prem Shukla said that Nehru as a Prime Minister was proven failed on every front from the country's internal and external security, foreign policy, and economic policy to social and religious policy. The country has had to bear the brunt of this for decades.

The BJP spokesperson said that on the Jammu and Kashmir front, Nehru made several mistakes one after the other. "First, instead of directly accepting the merger proposal of Maharaja Hari Singh of Jammu and Kashmir, he allowed Sheikh Abdullah to play a role in the merger. Similarly, when our own land was captured, he went to the United Nations and talked about conducting a referendum there. After this, he made the matter more complicated by including Article 370 and 35A in the Constitution.

Shukla went on to target Nehru for his foreign policy arguing that he relied more on China and "accepted Tibet as a part of China". "The same China attacked India in 1962 while he was the Prime Minister and proved how wrong his policy regarding China was. Even during the war with China, the Indian Air Force was used, when at that time our Air Force was very strong which could teach China a lesson."

Shukla further said that after the independence of the country, he adopted the Soviet model of economy, due to which India had lagged behind its neighbouring countries and even Pakistan and this condition remained till 1991 - till the country did not adopted the liberalisation policy and economic reforms.

Accusing Nehru of being anti-Hindu, the BJP national spokesperson said, "After the partition of the country on the basis of religion, he always tried to suppress the majority Hindu community."

Shukla said that as Prime Minister Nehru opposed the visit of the then President Rajendra Prasad to the restoration programme of Somnath temple in Gujarat, while he himself continued to attend similar programmes of other religions. "If Nehru had taken care of the sentiments of Hindus, the construction of Ram temple in Ayodhya would have already been done and the Kashi Vishwanath temple dispute would have ended decades ago."