Panaji, Nov 13 (IANS): It is not just music and its staple food that Goa people love, but sports like football is also enjoyed in the coastal state, which has a long history. Now the tiny state is eager to watch the FIFA World Cup, which will be be held from November 20 to December 18 in Doha, Qatar.

Football lovers in Goa show their passion for their favourite team by painting their face and displaying the logos on their vehicles and at restaurants. Besides this, T'shirts of favourite football teams and players are also bought by fans, which they wear while watching these games. 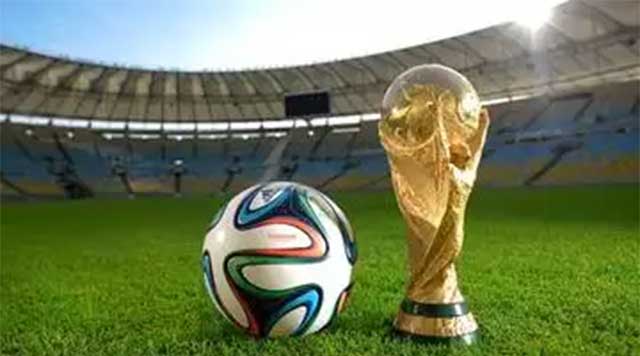 FIFA world cup brings the mood of football lovers to a high level, which is also seen in bars and restaurants and clubs, where large projector screens show all the matches. Not only the restaurants, but some sports clubs also make arrangements to watch the games on big screens.

Watching the game with friends in restaurants and in the open gives them reason to cheer louder during matches. Some restaurant owners also create a menu of FIFA themes to attract the customers by creating a frevent environment.

Goa has many restaurants in the coastal area wherein people flock to cheer for their favourite teams.

Speaking to IANS, Shailesh Naik, a bar and restaurant owner from south Goa said that football matches during FIFA World Cup helps make a good business. "Many football lovers prefer to watch matches with their friends and they visit restaurants in groups. This picture can be seen across Goa in restaurants that run till late (permitted time)," he said.

Bars and restaurants also provide offers on cocktails and food items during the football tournament season, wherein they get a packed crowd.

Another restaurant owner from coastal area, on condition of anonymity, said that sometimes it gets difficult to manage crowd and provide services during the matches. "As the matches takes place during night, we have to manage the crowd and provide services within permitted time. It becomes difficult to convince our customers about our time limitations, as they wish to sit till the match gets over," he said.

Adlear D'Cruz, Acting General Secretary of Goa Football Association (GFA) said that the vibrant environment which gets created during the FIFA World Cup helps boost football in Goa. "During these matches very a good environment gets created with big screens in restaurants, where many football fan comes and enjoy the games. This really helps to encourage budding players," he said.

Goa has a rich history of football games, which was played by Portuguese here and later in 1923, the first international match in India between Britain and Portugal was hosted by Goa.

Since then, Goans have a bent for this game and after Liberation, it got a major boost through the tournaments organised in the coastal state.

After the Liberation of Goa, the 'Bandodkar Golden trophy' was organised from 1962 to 1970, which gave a major boost to footballers.

Besides this, football legends Padma Shri Brahmanand Sankhwalkar and Arjuna awardee Bruno Coutinho have brought laurels to the state by playing at national and international level.

And not just boys, girls of the coastal state also enjoy and play football.

Title: Football-fanatic Goans get ready to get immersed in FIFA World Cup action