Making the best use of social media, Delhi BJP always comes up with a unique idea to attack opposition and connect with people especially the youth. 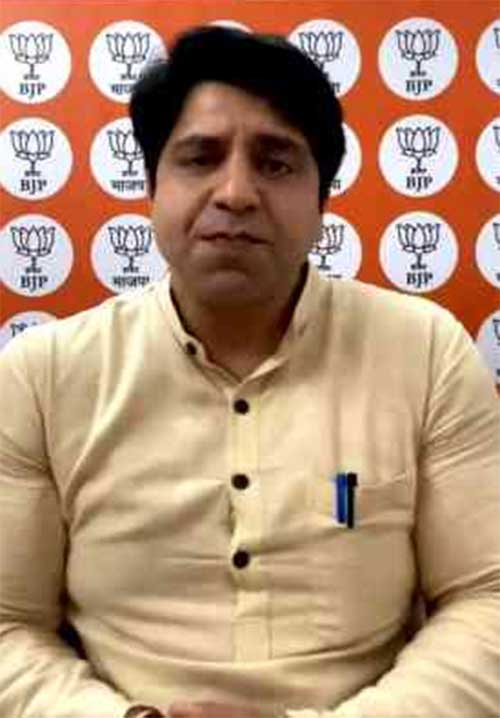 BJP national spokesperson, Shehzad Poonawalla, said, "In Delhi there is now a film running from a very long period of time from 2013 called 'Lootera' and many sequels have also come about. The film has been directed by Arvind Kejriwal and produced by Sukesh Chandrashekhar, star casts include Manish Sisodia, Satyendar Jain and many other ministers. Many sequels are involved in it, there is lootera involving hawala ghotala, lootera involving bus ghotala, class room ghotala, Delhi Jal Board ghotala, Tihar ke andar ka ghotala. This is a longest running film that is taking place in Delhi from 8-9 years under Arvind Kejriwal because he likes film so much and he sees film everywhere. He sees production films running even in ED and CBI."

"Question is when will action be taken on these lootera of Delhi, Manish Sisodia who was calling for files illegally, when will action be taken on lootera of Delhi, Satyendar Jain who inside the jail is using his official power to extort money from conman Sukesh Chandrashekhar. He is a maha Lootera who is looting even a Maha thug Sukesh. These questions are to be answered by Kejriwal who is playing a victimhood card. There is a new film in process 'Chor Machaye Shor'. This has been presented and has been reflected the sentiments of Delhi BJP social media. Wherever these people from AAP go people are shouting on them you are a lootera, therefore this poster has been unveiled," Poonawalla stated.

Also, to connect with youths, Delhi BJP has come up with an informational reel series on Instagram called 'Kya Aapko Pata Hai'.

Speaking to IANS, the BJP Spokesperson said "This is a social media campaign. There is a social media campaign of calumny, lies, misinformation, propaganda advertisement being done by AAP which is undermining and trying to say that Delhiites have done nothing for themselves in the last 15 years. 'Kya Aapko Pata Hai' is a campaign which tells the Chief Minister of Delhi Arvind Kejirwal that there is a lot of work is being done on 'vyavastha' because you are only interested on 'Vigyapan'. It will tell how MCD has done so much without making noise or advertise it. Whether it is beautification of parks, revolution in health sectors, lightning management etc."