Panaji, Nov 15 (IANS): The Congress is set to file the disqualification petition against eight MLAs who, in September, "merged" the Goa Congress Legislature Party into BJP.

On September 14, former Chief Minister Digambar Kamat, Michael Lobo, Delilah Lobo, Kedar Naik, Sankalp Amonkar, Rajesh Faldesai, Aleixo Sequeira and Rudolf Fernandes "merged" with the BJP, reducing Congress to three MLA's in 40 members assembly House. Since then there were speculations that along with Kamat other two MLAs will be inducted in the cabinet. However, BJP's Goa in-charge C.T. Ravi, who was in Goa on October 14 to attend the party meetings, had rejected any of such plans. 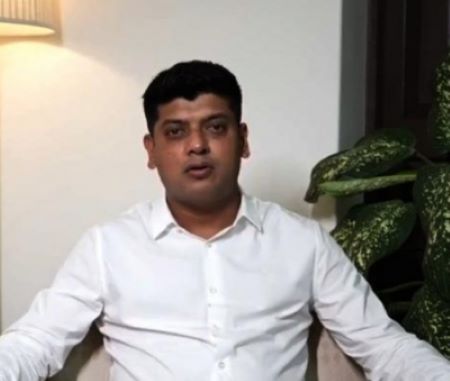 The Opposition in the state have alleged that these rebel MLAs are quiet without demanding for positions as "they have been paid huge money".

Speaking to IANS on Monday, Amit Patkar, president of Goa Pradesh Congress Committee, said that "these MLAs were paid huge money by BJP to switch party and some were assured about cabinet berth, but there is some confusion between them".

"Very next day, after these 8 MLAs had joined BJP, we had told how they were paid money to embrace (the BJP). Some of them were also assured to be given ministerial berth. But there is infight and confusion within the BJP about whom to be dropped to accomodate the new entrants. This is the reason why these 8 MLAs are quiet without demanding any positions," Patkar claimed.

He said that Congress will file disqualification petition against these eight MLAs this week.

Congress MLA Carlos Ferreira, also an advocate, said "we were looking for certain elements and material, which is why filing of petition is delayed".

Ferreira said that the Congress will fight to make sure that such kind of unprincipled defections don't take place.

Goa Forward Party President and MLA Vijai Sardesai recently alleged that these rebel MLAs have not got positions in the cabinet as they were 'purchased'. "They were purchased by the BJP, because of that they can't demand for any positions. This is their state today," Sardesai had said.

When contacted Goa BJP President Sadanand Tanavade to know his reaction over Sardesai's allegation and reshuffle issue, the former refused to speak over it.

Digvijay Velingkar, General Secretary of Goa unit Nationalist Congress Party (NCP) said that these eight Congress rebels will not dare to demand any positions fearing action. "Most of them are involved in various scams including mining. They have been given huge money (while joining). Hence, they fear of an action from BJP, if they demand positions," Velingkar claimed.

Meanwhile, two individual disqualification petitions against eight MLAs who had switched to the BJP, have been filed before Goa Assembly Speaker Ramesh Tawadkar on November 11.

Tawadkar, speaking to IANS, confirmed that the petitions filed by former AICC secretary Girish Chodankar and one Dominic Noronha have been received by his office. "They have submitted the disqualification petitions," he said.