Ahmedabad, Nov 15 (IANS): Union Home Minister Amit Shah on Tuesday exuded confidence that BJP will once again romp to power with a thumping majority breaking all records in next month's Assembly polls.

Till now, Congress holds the record of winning the maximum number of seats ever. In 1985, under Chief Minister Madhavsinh Solanki's leadership, it bagged as many as 149 seats in the 182-member Assembly. 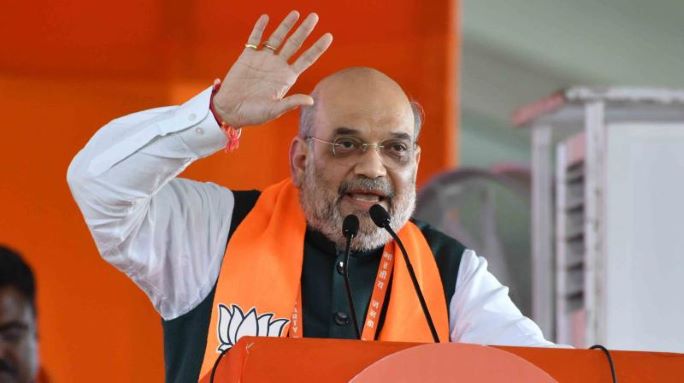 Ina veiled attack on AAP, he said people of Gujarat have never voted for a third party and this party's candidates will lose its deposits.

Under the leadership of Prime Minister Narendra Modi and Chief Minister Bhupendra Patel the state has continued to grow on a development path, achieving new heights in development, said Shah.

According to party sources, the Union Minister is busy clearing hurdles on complicated seats. Still the party is yet to finalise four candidates for Manjalpur and Raopura of Vadodara city, Mansa (Gandhinagar) and Kheralu of Mehsana district.

He is also busy placating workers and local leaders who are upset over selection of candidates.