Jain, the VHP's Central Joint General Secretary, said that "various incidents that happened across the country and also the commissions formed on this subject say quite loud and clear that illegal conversion is a threat to the fundamental right to religious freedom and national security".

The Supreme Court on Monday gave a clear warning that if this is not stopped, then a "dangerous situation" will be created for the country. 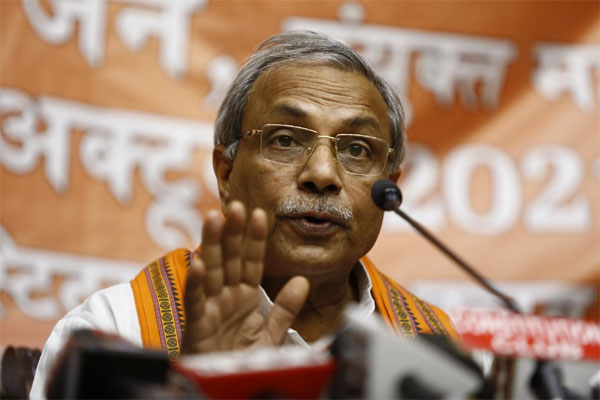 The apex court has said that religious conversions by means of force, allurement or fraud may "ultimately affect the security of the nation and freedom of religion and conscience of citizens" while directing the Centre to "step in" and clarify what it intends to do to curb compulsory or deceitful religious conversions.

Jain asserted that the judiciary had in many cases earlier also stressed the need for a central law on illegal conversions. "It has become clear time and again that conversion done by force, fraud and allurement is illegal, but in the absence of a clear law, the plotters and connivers could not be punished".

The VHP leader also said that "history teaches us the unfortunate lesson that such illegal conversions have already changed the geography of India putting it into geostrategic, geopolitical and geo-cultural disadvantages and still threatening its security, prosperity and territorial integrity. Afghanistan, Pakistan and Bangladesh were created because of religious conversions".

"Illegal conversion is also responsible for the plight of Hindus in Kashmir, the North-East, Bengal and many districts of Kerala. Conversion is also the main reason behind the gruesome and barbaric murder of hundreds of girls like Shraddha, Nikita and others," he said.

"For this (illegal conversion), many anti-national forces are active in India with the support of foreign powers. Many a time, conversion mafia, jihadis and crusaders are also reported to have been caught for such converersion... They even use innocent and handicapped children to serve their purposes. Security agencies have expressed apprehension that these children are also used as human bombs by the conversion mafia," Jain asserted.

Jain added that illegal conversion not only poses a threat to national security and territorial integrity but also to social harmony and co-existence. "After independence, all the commissions set up to look into the illegal conversion activities and networks, have expressed a clear opinion that a central law must be made to stop it."

The VHP leader said that at present, laws have been made in eight states to stop illegal conversions.

"...It has become clear from the activities of the X'ian missionaries in the northeastern and the eastern states and the activities of the PFI across the country that national security has been in danger due to religious conversions. Despite this, some political parties oppose an anti-conversion law due to vote bank politics, while earlier the same political parties themselves had brought such laws in the states ruled by them," he said

Jain reiterated that it is the need of the hour that a pan-India comprehensive central law should be brought forthwith to rid the country of illegal religious conversions.