New Delhi, Nov 16 (IANS): Delhi's Deputy Chief Minister Manish Sisodia is staring at more troubles, as Dinesh Arora, his close aide and an accused in the Delhi's Excise Policy scam case, has become an approver in the matter.

A Delhi court on Wednesday allowed the move of the Central Bureau of Investigation (CBI)'s move to make him an approver in the matter. 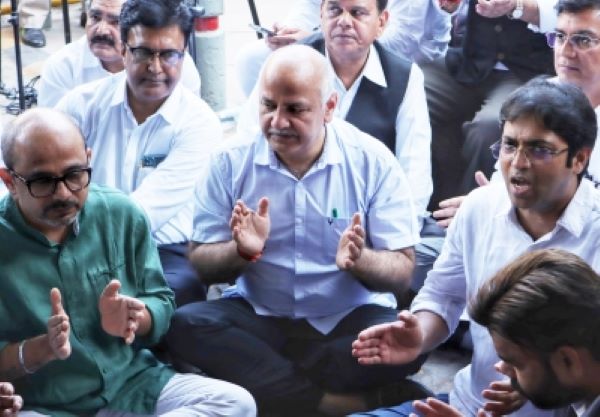 The CBI had sought permission from the court to make Arora an approver in the case.

Arora is currently on anticipatory bail. The CBI didn't oppose his bail plea.

"Arora had close association with the other co-accused and he was actively involved in managing and diverting the undue pecuniary advantage collected from certain liquor licences to the public servants. He himself was not a beneficiary of the alleged amounts received in connection with commission of the alleged offences. Arora cooperated in investigation," the CBI had said.

Source further revealed that some of the L-1 Licence holders are issuing credit notes to retail vendors with an intention to divert the funds as undue pecuniary advantage to public servants. In furtherance to this, they are showing false entries in their books of accounts to keep their record straight.

"Mahadev Liquors, a proprietorship firm was granted L-1 License. Sunny Marwah is the authorised signatory of the firm. Marwah is also director in companies being managed by family of Late Ponty Chadha. Marwah is in close contact with accused public servants and has been regularly giving undue pecuniary advantage to them," the CBI said.