New Delhi, Nov 17 (IANS): Owing to volatile geopolitical situations arising due to the Ukraine crisis, rising inflation and after-effects of the coronavirus pandemic, achieving the target of making India a $5 trillion dollar economy by 2024-25 looks difficult and may only be possible by 2030 at the current GDP growth rate, top banking industry representatives have said. 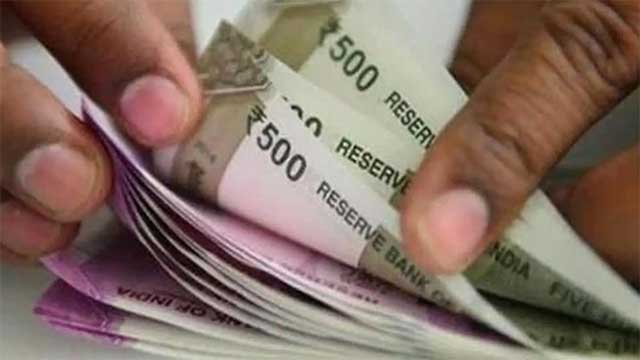 Representatives of leading public sector banks are learnt to have indicated this to the high level Parliamentary standing committee on finance.

According to sources privy to developments, representatives of top public sector banks like State Bank of India (SBI), Punjab National Bank (PNB) and Union Bank of India in a recent meeting with the Parliamentary panel, held on the subject of "Global and Indian Economy and Roadmap for $5 trillion Indian Economy" and performance review of banking sector including Insolvency and Bankruptcy Code (IBC) operations, are said to have indicated that at the current GDP rate of around 6.4 per cent, it would not be possible to make India a $5 trillion economy by 2024-25.

At the existing growth rate, the target may only be achieved by 2030.

The banks' officials are learnt to have told the Parliamentary panel that around 10 per cent GDP growth is needed to achieve the $5 trillion dollar economy target before 2030.

However considering the prevailing global economic situation, this growth rate does not look possible, the banks' officials are learnt to have said.

Sources quoting banks' officials, further informed that even the recovery of non performing assets (NPAs) in the last six years since the inception of the Insolvency and Bankruptcy Code (IBC), has only been 30 per cent, which is not satisfactory.

Only if the banking industry improves, will the $5 trillion economy target be achieved, they are learnt to have informed the committee.

The projections made by the banking industry before the Parliamentary panel may come as a setback for the government, which normally aims to achieve targets before deadlines.

The Centre had set a target of achieving 20 per cent ethanol blending in petrol by 2030, which it is now on course of achieving by 2025-26.

In 2019, Prime Minister Narendra Modi had envisioned making India a $5 trillion economy and global powerhouse by 2024-25.

However going by the projections made by the banking industry and looking at the prevailing global scenario, the deadline appears a bit too ambitious.