What BJP couldn't do in MCD in 15 years, AAP will achieve in 5 years: Sisodia

New Delhi, Nov 21 (IANS): Urging voters to exercise their power effectively, Delhi Deputy Chief Minister Manish Sisodia on Sunday said that what the BJP could not do in the MCD for 15 years, his AAP will achieve in 5 years.

"Delhi is all set to elect CM Arvind Kejriwal's AAP in the MCD too. What the BJP could not do in the MCD for 15 years, the AAP will achieve in 5 years. Voting for anyone other than AAP is equals to wasting a vote. CM Kejriwal's councillors will resolve all the issues faced by the people and bring development in their area," he said, while addressing a public gathering in Dwarka ahead of next month's MCD elections. 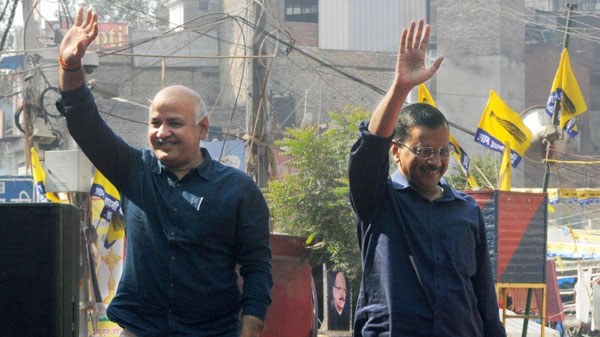 Lashing out at BJP for garbage mountains, he said: "I have two questions for those garbage-warriors of BJP who are seeking votes for MCD elections. Why did BJP turn Delhi into a city of piles of garbage and garbage mountains in the past 15 years? Do BJP leaders know anything other than abusing Kejriwal?"

Over the past 15 years, the BJP has laid waste to the entire city. The main and primary responsibility of the BJP-ruled MCD was to clean Delhi, and clear the garbage, but the BJP proved to be an absolute failure and ended up turning Delhi into a dumping ground, he said.

He said that in just seven years, the AAP government has built world class schools & hospitals, provided free and 24-hour electricity, and fulfilled all of its responsibilities as an honest, citizen-centric government.

"Just as there is Arvind Kejriwal's government in Delhi, AAP will form government in MCD as well. When the AAP will be in power at both levels of governance, the work of the people will not stop at any cost, and results shall be delivered," he said.

Title: What BJP couldn't do in MCD in 15 years, AAP will achieve in 5 years: Sisodia