New Delhi, Nov 22 (IANS): India would be able to achieve the target of becoming a $5 trillion dollar economy by 2025-2026 despite the prevailing global headwinds, top officials told a Parliamentary panel on finance on Monday.

The officials further said that even as the geopolitical situation is highly volatile due to the Russia-Ukraine war, Indian economy is doing well and at the current growth rate of 6.4 per cent, it would be able to become a $5 trillion dollar economy by 2025-26, sources privy to developments said.

The Parliamentary standing committee on finance had summoned senior government officials to seek their views on the overall economic outlook and roadmap for $5 trillion economy. 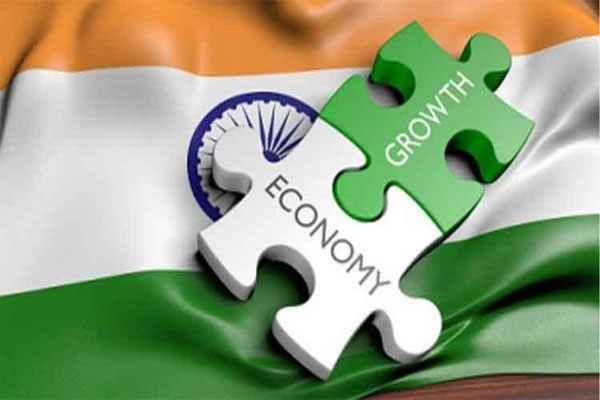 Economic affairs secretary Ajay Seth, Niti Aayog CEO Parameswaran Iyer and Chief Economic Adviser V. Ananth Nageswaran are learnt to have made presentations before the committee, where the projections on the economic growth and the roadmap towards becoming a $5 trillion economy were given, sources informed further.

Finance Secretary T.V. Somanathan, who was also summoned by the panel, could not attend the meeting.

Sources informed that when the committee members asked the officials about data on employment, they were informed that in urban centres, the employment scenario was satisfactory.

The optimism on steady economic growth despite global uncertainties, projected by the top officials was in stark contrast to the grim picture painted by representatives of three major public sector banks before the same panel last week.

Representatives of leading public sector banks namely State Bank of India (SBI), Punjab National Bank (PNB) and Union Bank of India had last week indicated to the Parliamentary standing committee on finance that owing to volatile geopolitical situations, achieving the target of making India a $5 trillion dollar economy by 2024-25 looks difficult and may only be possible by 2030 at the current GDP growth rate.

The bank officials are learnt to have informed the panel that at the current GDP rate of around 6.4 per cent, it would not be possible to make India a $5 trillion economy by 2024-25 and at this rate, the target may only be achieved by 2030.

Prime Minister Narendra Modi had set the target of making India a $5 trillion economy by 2024-25.