Fall in govt school enrollments due to minister B C Nagesh's 'incompetence': AAP 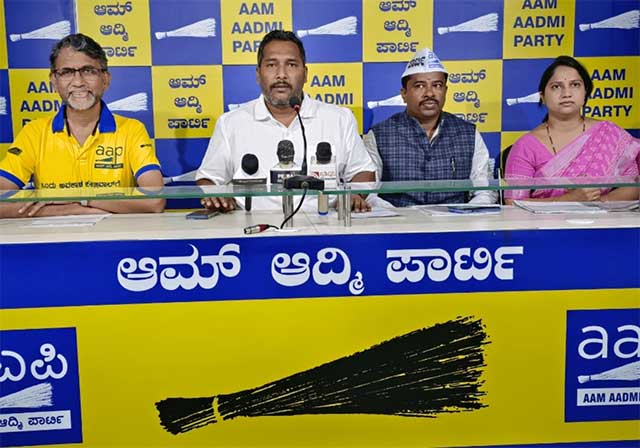 "Out of 47,585 government schools in Karnataka, 6,529 schools have only one teacher. Most of the schools lack infrastructure and teachers. It is a tragedy that priority is given to communal politics in schools and colleges instead of development. The AAP government in Delhi has installed world-class infrastructure in government schools where the number of students is increasing significantly. The AAP should come to power here for such an educational revolution in Karnataka as well," Mohan Dasari said.

Reacting to the state government's plea to the court seeking three months' time to notify the reservation of wards, Mohan Dasari said, "It is a testimony to the cowardice of the BJP that the state government is trying to postpone the BBMP elections, which was scheduled to be held in 2020, even after the court reprimanded it. Even the opposition Congress and JD(S) MLAs in Bengaluru are not pressing for the BBMP elections. All the three parties are afraid of losing and that is why they are showing solidarity in postponing the elections," he said.