New Delhi, Nov 24 (IANS): Commerce and Industry Minister Piyush Goyal on Thursday said that the Indian economy was not to be blamed for weakening of rupee, as this was mainly due to the strengthening of the dollar.

Addressing the Times Now summit, the minister, despite rising inflation, sounded an optimistic note, noting that compared to sky rocketing inflation in many countries, where it is ranging between 8 to 10 per cent, India has maintained a fair balance between inflation and interest rates and price rise in the country is much lower than compared to others. 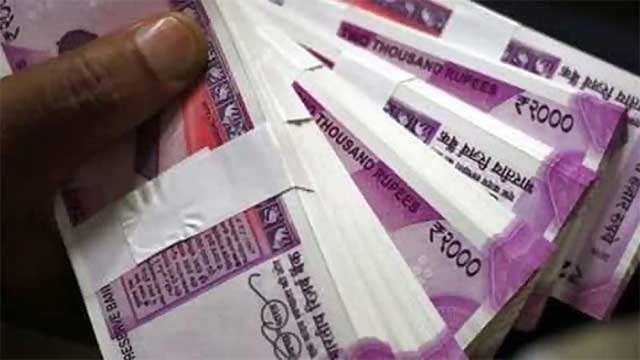 Goyal also said that even as the prevailing geopolitical situation remains fluid owing to the global headwinds and signs of recession in many nations, India is on a path of rapid recovery and its growth rate is 7 per cent, which is a positive sign.

At the same time though, he added that the situation arising out of the Coronavirus pandemic and Russia-Ukraine war could not be ignored.

Commenting on job losses in the IT and technology sectors and rising unemployment, an issue being raised by the opposition, the Commerce Minister said that on the contrary India's job market is seeing an upward trajectory, as there is a growth in jobs according to the EPFO data.

"Jobs have been growing, as is shown by the EPFO data. If you just look at it as government jobs, then there is a limitation. But today's youth is in search of new avenues," he said.

About the Free Trade Agreement (FTA) with the UK, Goyal said that such pacts are not wrapped up in a hurry and sometimes negotiations drag on as both the sides have to protect their interests, since such agreements are signed for the next several decades.

On the government's endeavour to bring to the fore leaders and aspects "neglected" by history, he said: "We want to make this country a corruption-free nation, developed nation, and a sovereign nation with Kashmir as a part of India. This country is trying to re-establish its history and legacy that was ignored by political parties."

Taking a jibe at Congress leader Rahul Gandhi's ongoing "Bharat Jodo" yatra, the Commerce Minister said: "(Congress leader) Jairam Ramesh has admitted that his party had lost touch with the people of India. It is good that Rahul Gandhi is trying to reconnect with the people of India for reviving his party, but it is surprising that at a time when there are elections in Gujarat and Himachal Pradesh, Congress' tallest leader has not visited these states."