The theme of the fest was 'FANDOM'- ‘To infinity and beyond’. The programme began with Dr Juliet C.J former principal of the college welcoming the guests. Kumara IAS CEO zilla panchayat, Dakshina Kannada inaugurated the fest by flying the balloons.He encouraged The students to make the best of their life by utilizing all the talents and opportunities that come their way. He also emphasised the importance of ‘student life’ in his inaugural address. The guest of honour, Anshu Kumar IPS, DCP Law and Order, Mangaluru also addressed the gathering.

Dr Sophia Fernandes, principal, School of Social Work, presided over the function and Ananyaa Sathish did the curtain raiser. Sarik Ankitha, student welfare officer concluded the inaugural with a vote of thanks. 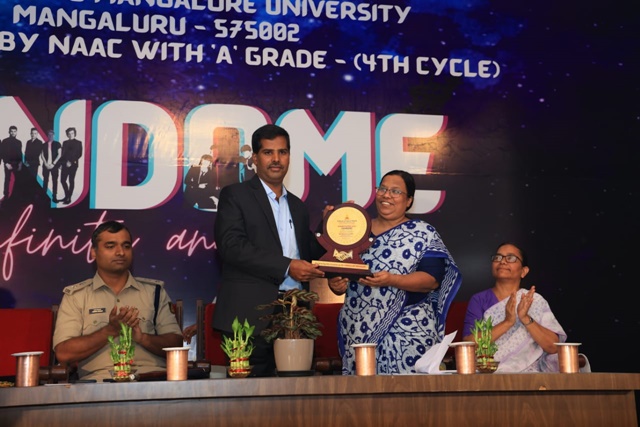 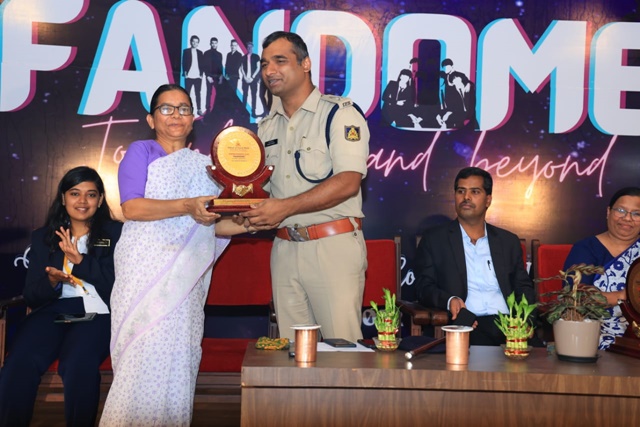 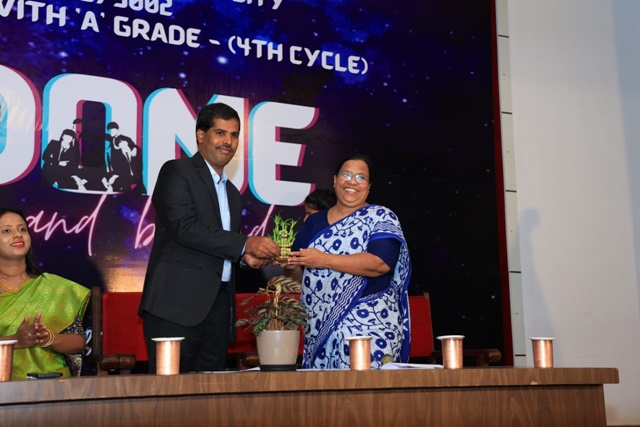 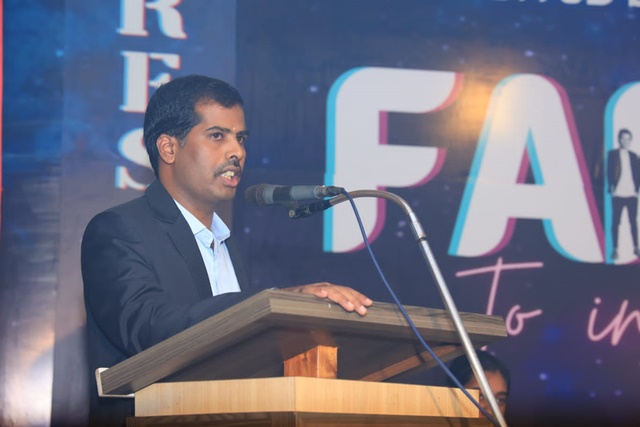 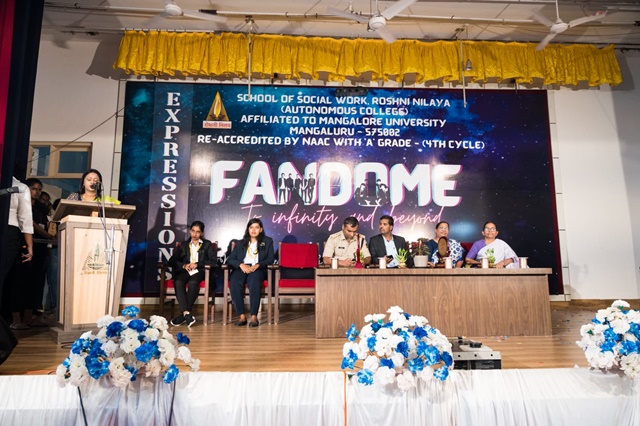 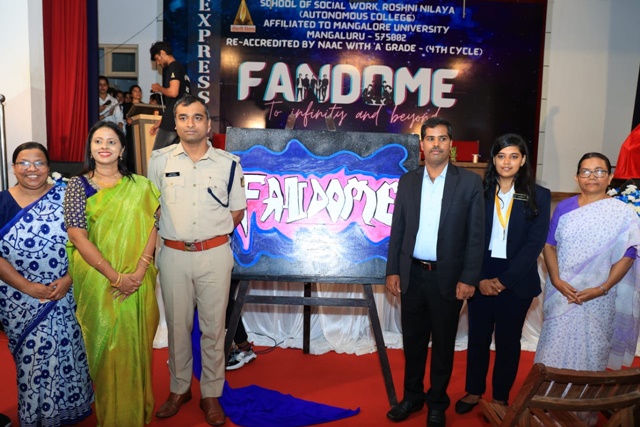 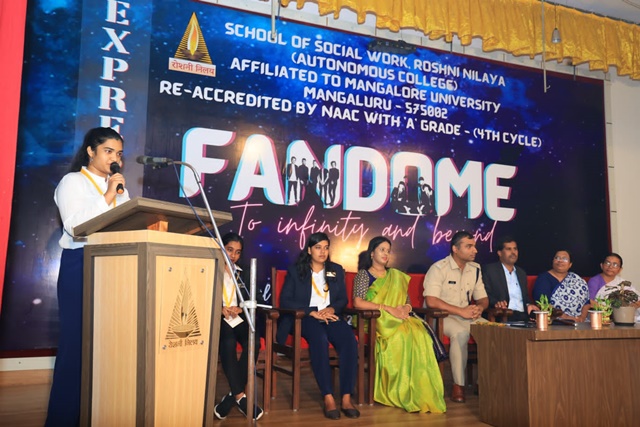 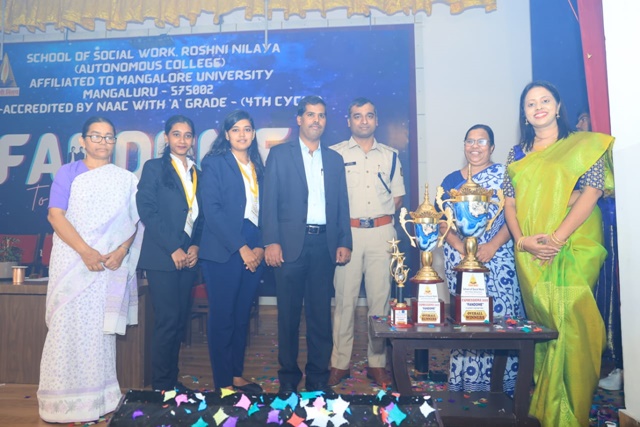 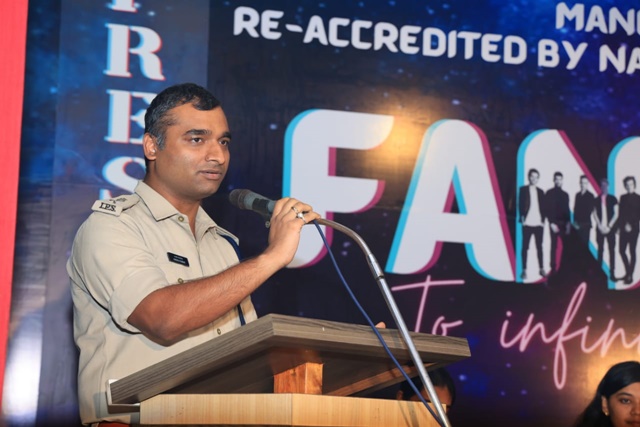 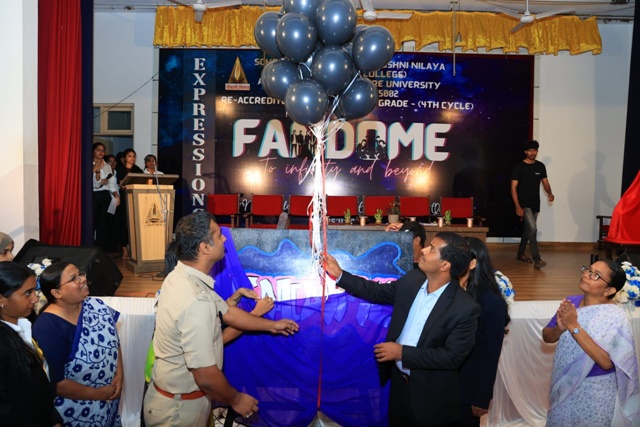 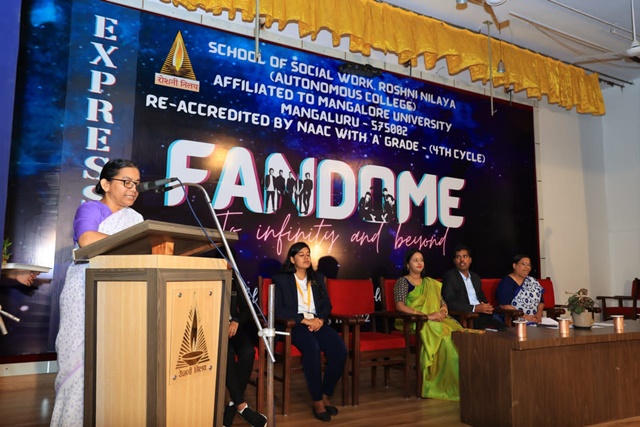 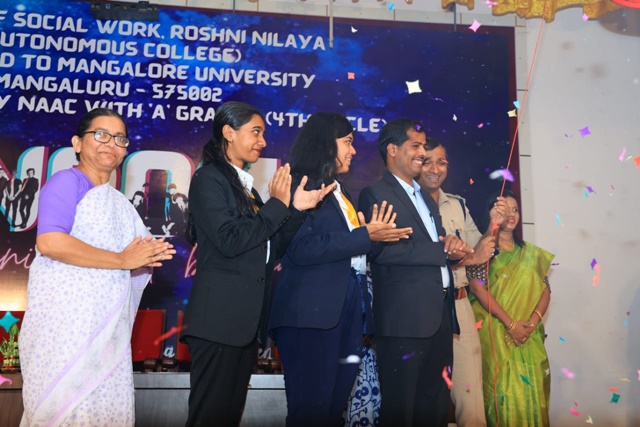 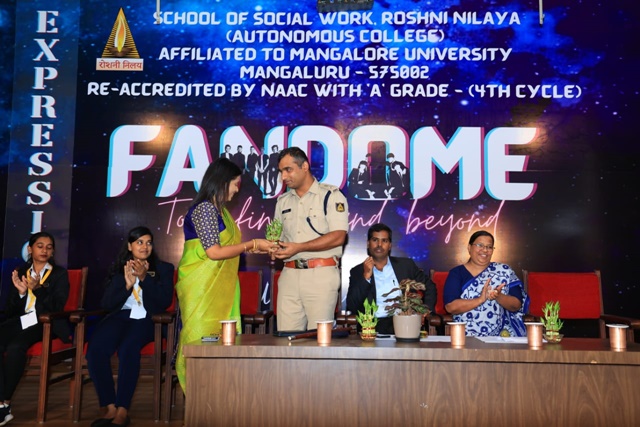 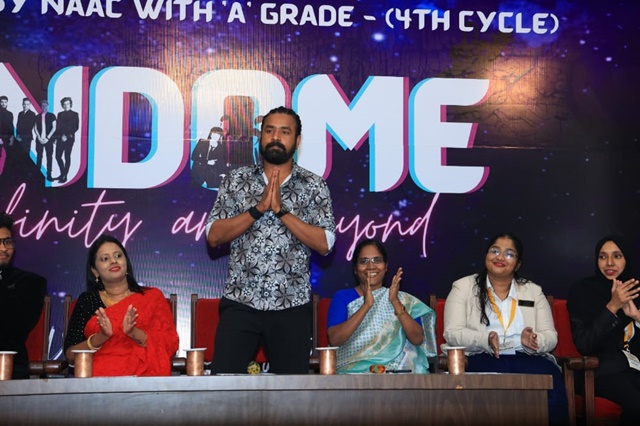 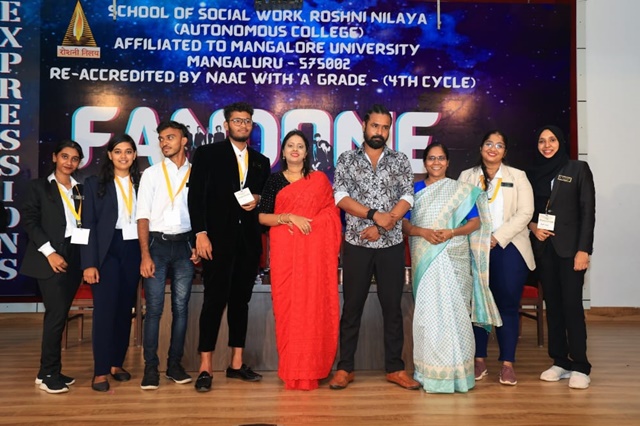 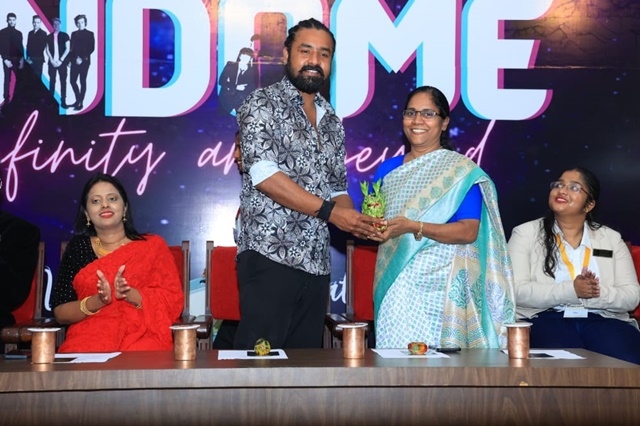 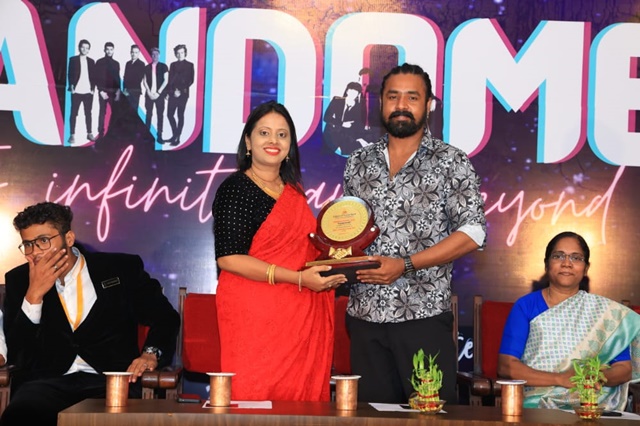 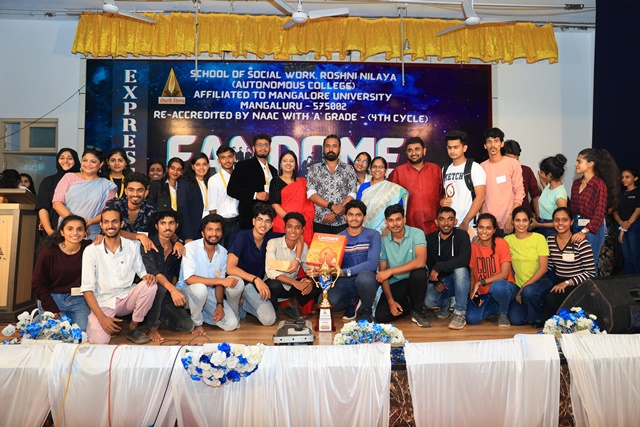 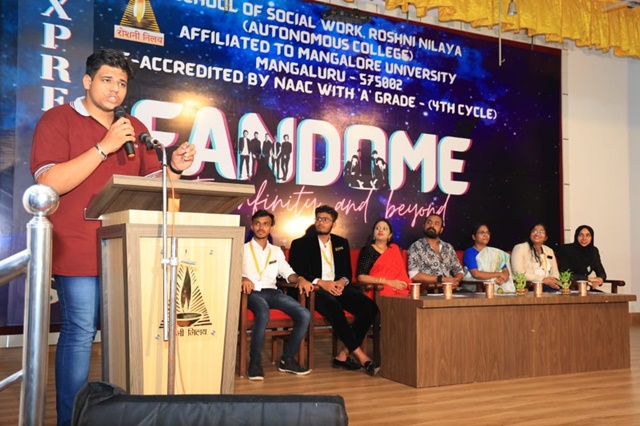 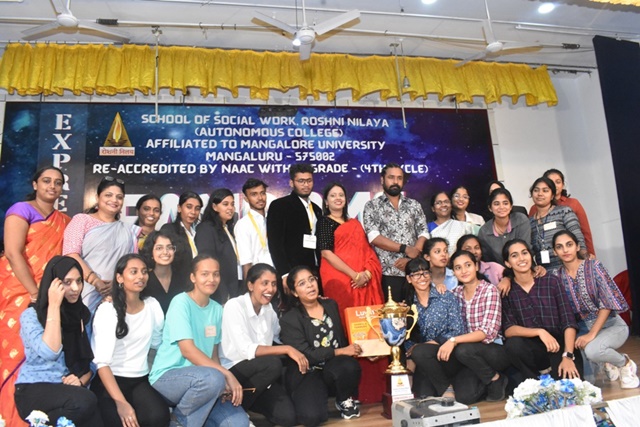 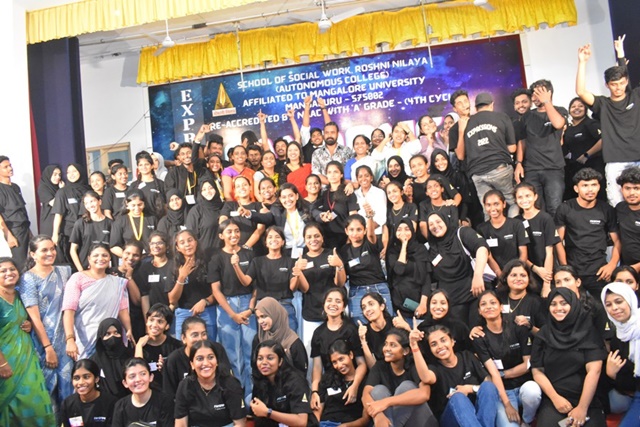 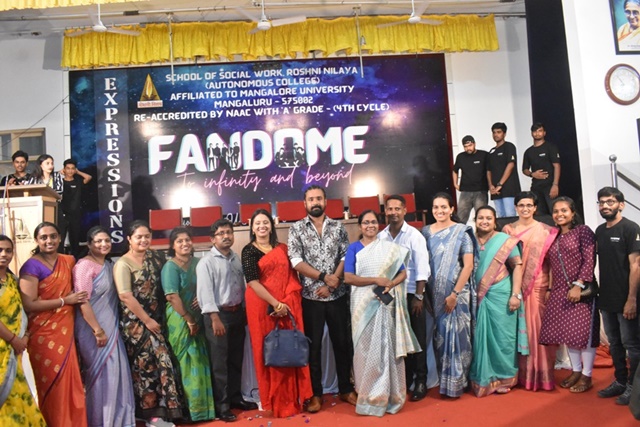 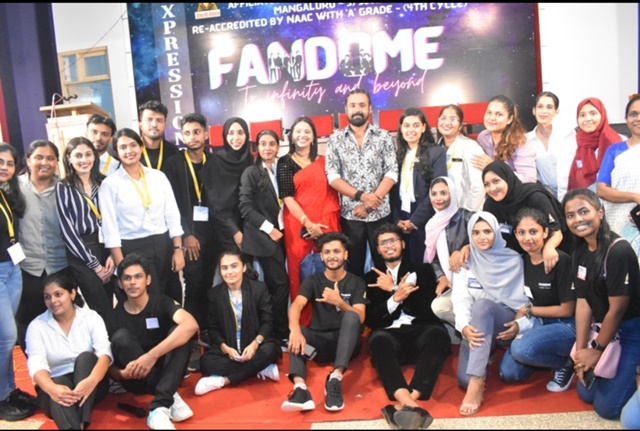 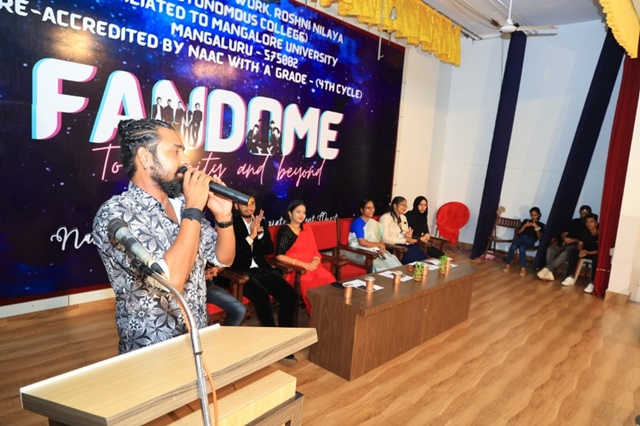 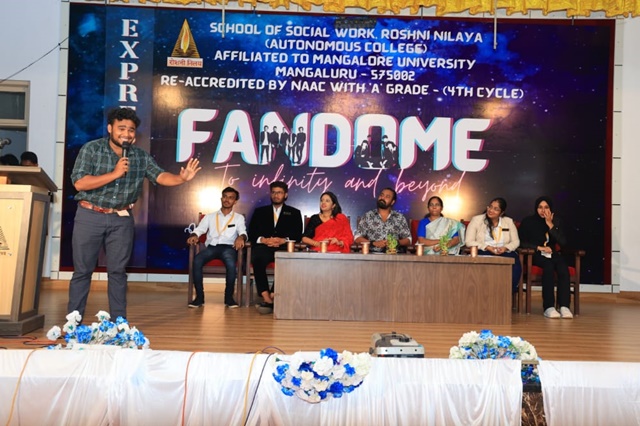 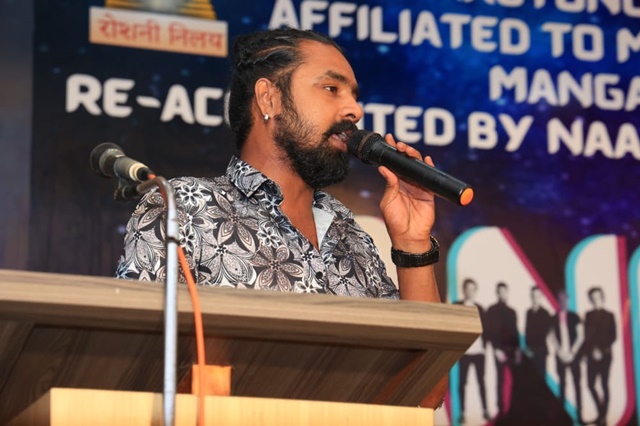 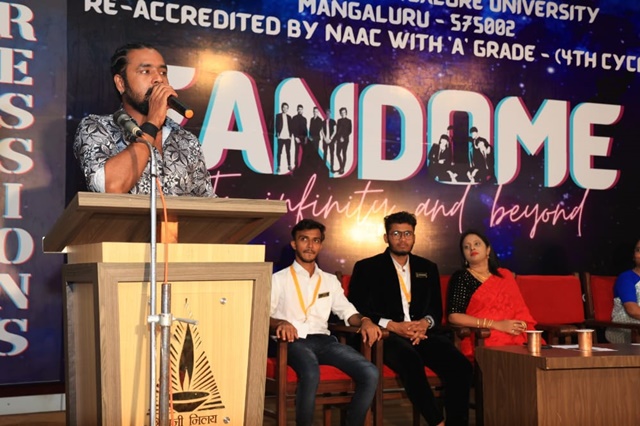 Tthe valedictory programme for the inter-collegiate fest held in the college auditorium. Swaraj Shetty, the Kantara fame was the chief guest for the evening. He enumerated numerous anecdotes from the movie shooting, the reason behind its success and implored the importance of culture preservation. Angel Roshni, president of the student cabinet welcomed the gathering and Zainab Shereen, general secretary of the college proposed the vote of thanks. Dr Jenis Mary, vice principal, School of Social Work, presided over the function. She enlightened the students about the qualities common amongst the successful people and encouraged them to seek inspiration and achieve great things. Sarik Ankitha, student welfare officer was also present during the occasion.