Udupi, Dec 8: The investigation of finding the mortal remains of dentist of Badiyadka Dr Krishnamurthy on the railway tracks near Kundapur is almost over. High sources in the police have confirmed that this is a case of suicide. However, Kasargod police have continued their investigation.

The deceased doctor, who went to Kundapur from Mangaluru KSRTC bus stand at around 12.30 pm on November 8 arrived at Shastri Circle of Kundapur. Then he went to Dwaraka Hotel in the town. It is said that police have collected various CCTV footages. Now it is confirmed that he came by bus from Kasargod to Kundapur. There was suspicion that someone might have accompanied him. But the CCTV footages show clearly that he is alone in all the spots. 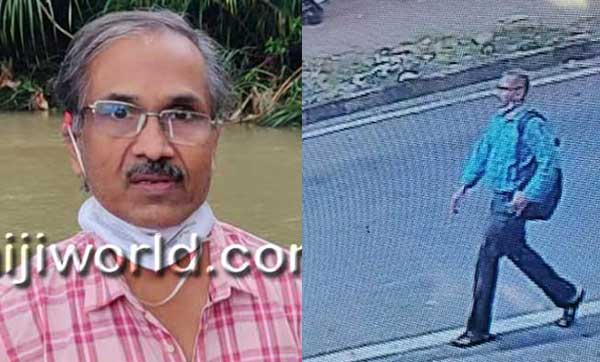 Dr Krishnamurthy inquired with two people about the way from Shastri Circle to Kundapur railway station. Information on this matter is available to the police. The post mortem of Dr Krishnamurthy’s body was done in Manipal. The final report is yet to be available. After the scientific report is available, a definite decision on the death of doctor can be arrived at. It is said that Dr Krishnamurthy was trapped using a woman over some property dispute. Kasargod police, who are investigating the matter have already taken five people into custody.