Bengaluru, Dec 8: Congress Opposition leader in the Assembly and former chief minister Siddaramaiah on Thursday claimed that the Congress party does not need any special strategy and will be able to win easily in the assembly polls.

Speaking to media persons on the results of the Himachal Pradesh and Gujarat Assembly elections, the former chief minister said there was no surprise in BJP’s victory in Gujarat. However, the Aam Aadmi Party turned out to be the spoiler by snatching Congress votes, which affected its performance and also helped the ruling BJP.

He, however, said Himachal Pradesh proved that the Congress cannot be easily written off and has given a tough fight to the ruling BJP. “My information is that the Congress party will emerge victorious,” he said pointing out that Delhi Chief Minister Arvind Kejriwal’s AAP failed miserably. 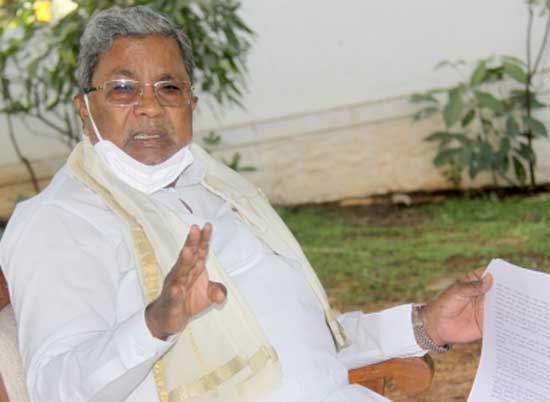 Siddaramaiah made it clear that the assembly poll result in any State is unlikely to create much of an impact in another State. If the election results in one State is an indicator of the situation in other States, he asked why Delhi civic poll results had little impact in Himachal Pradesh or help AAP in Gujarat.

“In Karnataka, the situation is much different than in Gujarat. There is widespread corruption in the state and people are fed up with the BJP rule. Besides, the Congress has a very strong base and organisation,” he said.

“The Congress party is very strong in Karnataka and AAP is non-existent to split the Congress votes. At best, the BJP might strike a deal with JD(S) to undercut Congress. But that will not work as people know JD(S), which has been in the electoral fray since 1999,” he said claiming that there is a strong anti-incumbency trend against Bommai regime and it will benefit Congress.