Mangaluru, Jan 21: Former deputy chief minister Dr G Parameshwara said the Congress will release a separate election manifesto for the coastal Karnataka region ahead of the Assembly elections in the state.

Addressing a press conference here on Saturday, January 21, he said, “We have held discussions with KCCI, Credai, farmers, arecanut growers, fishermen, bus drivers, auto drivers, students, various associations, NGOs and taken their views besides discussing the problems that they have been facing.” 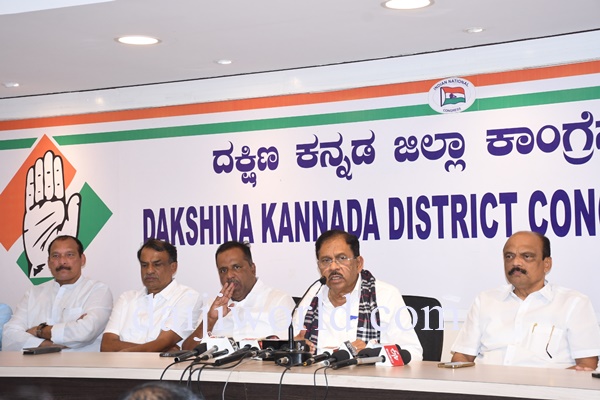 “We need to create an environment of peace and harmony in the coastal districts. Congress will never make false promises. We will include only those assurances that can be fulfilled in the manifesto and we are committed to providing 200 units of electricity free besides distributing a monthly dole of Rs 2,000 to every housewife,” he said.

Dr Parameshwara said the BJP-led state government is filled with corruption adding that no action had been taken against the complaints made by contractors to the Prime Minister Narendra Modi about the 40% commission that they were continuing to government officials to get work done.

The former deputy chief minister expressed confidence that Congress will gain a majority in the upcoming polls and that there will be no coalition rule.