Kasargod: Losses during PFI strike – Leaders' properties to be confiscated

Kasargod, Jan 22: As per the directions of the high court, the police, along with revenue officers, have initiated the process of confiscating the properties of PFI leaders in order to recover the widespread damage that was done to public property during the recent strike held by the outfit.

The police have been directed to give a complete report to the state revenue commissioner regarding the properties that will be seized. Accordingly police are attaching properties of five PFI leaders of the district.

The process of confiscating the land and other assets of Chandragiri Charitable Trust near Perumbala, from where the district PFI office used to function, has begun. In addition, properties and assets of PFI leaders Mohammad Ali of Meenja, N U Abdul Salam of Nayammaramoole, Ummer Faruk of Alampady, Nanjarath Sirajuddin of Hosdurg taluk and former district president of PFI C T Sulaiman of Threkkeripura village are being seized. 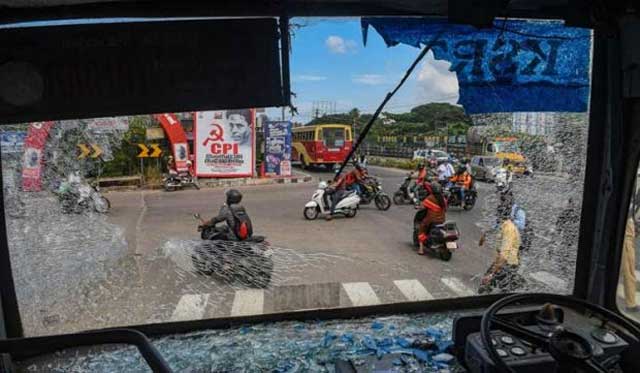 PFI had given a statewide bandh call on September 22, 2022 against the arrest of PFI leaders by NIA. In the report submitted to the high court, it is stated that a loss of Rs 5.20 crore was incurred due to the damage done by PFI activists during the strike call.