Bengaluru, Jan 23: The Karnataka Pradesh Congress Committee on Monday staged a silent protest in over 300 places all over Bengaluru with the slogan, "End Corruption, Save Bengaluru."

The roads all over the city are full of potholes, garbage problem is unbearable and all the civic works in the city are hit by 40% commission and Karnataka has become the centre of corruption, the Congress party said. 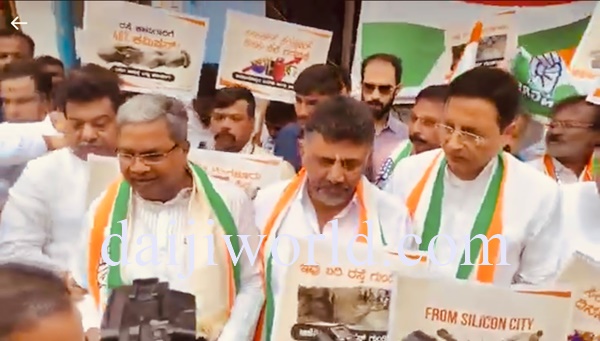 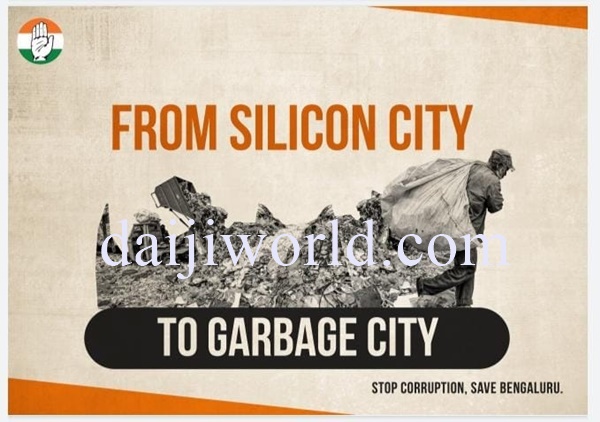 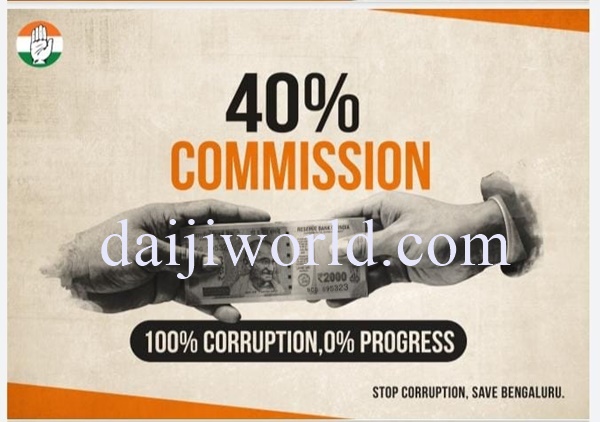 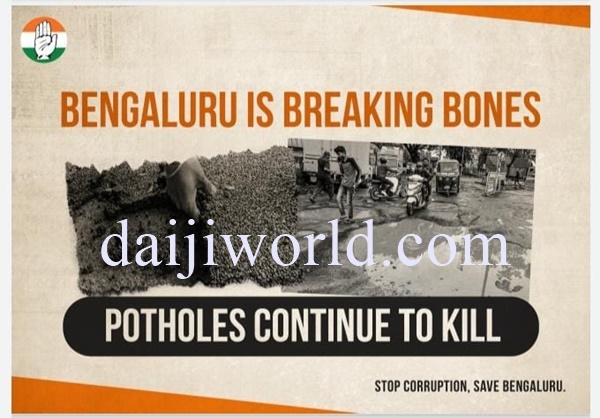 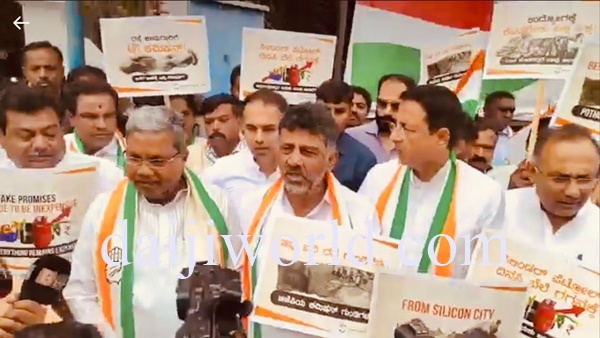 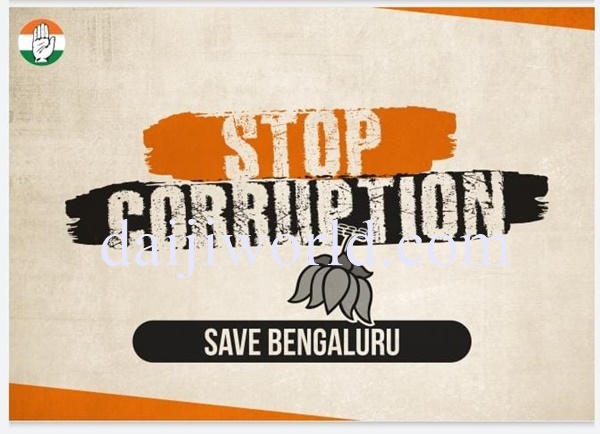 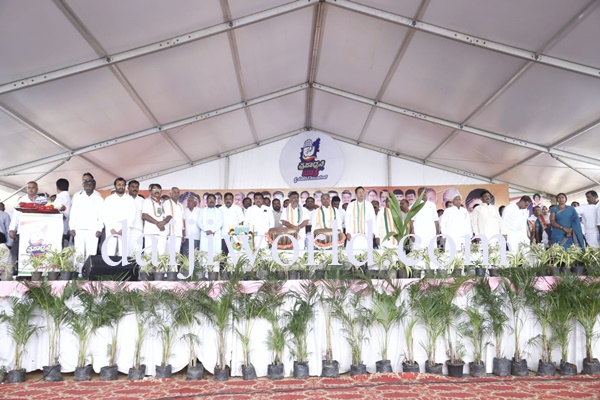 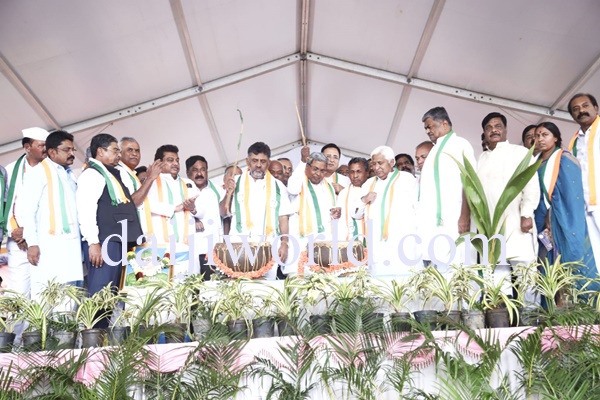 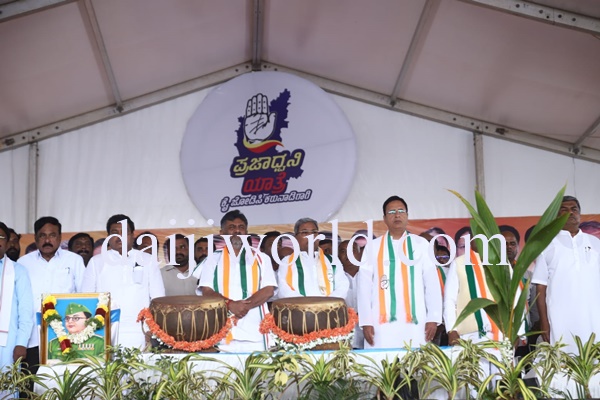 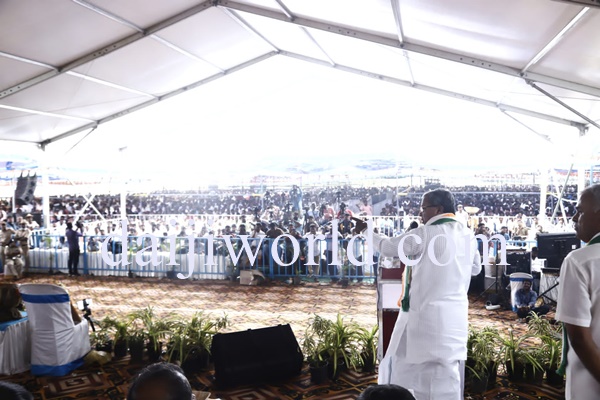 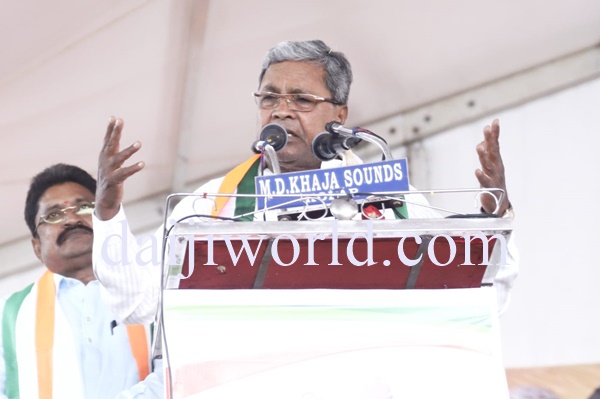 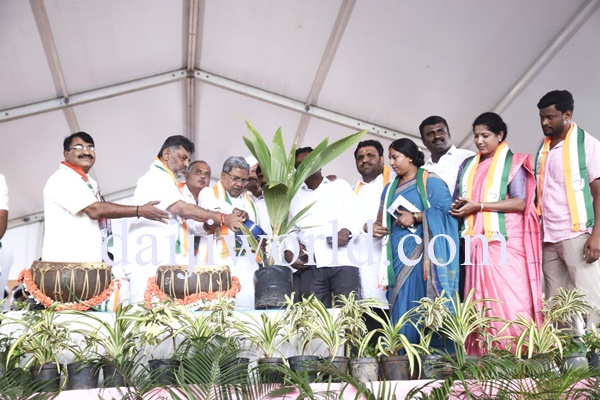 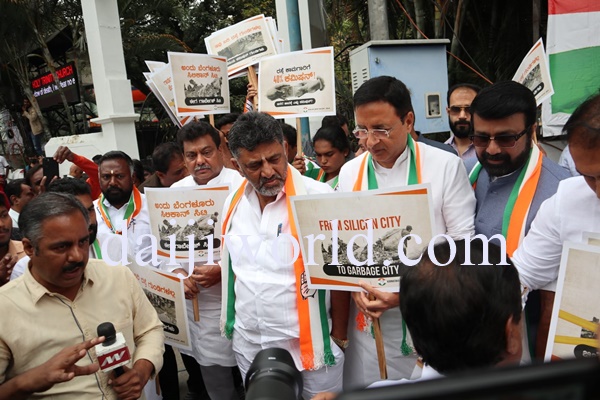 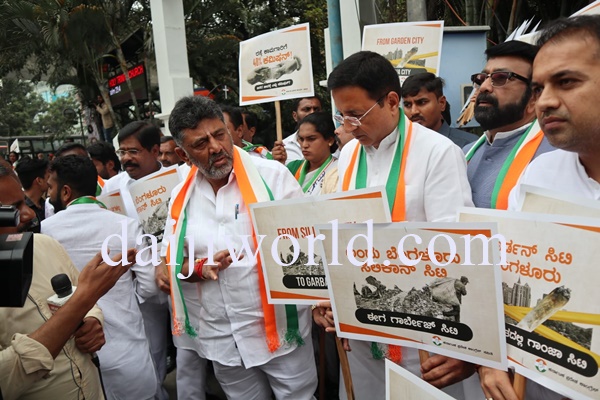 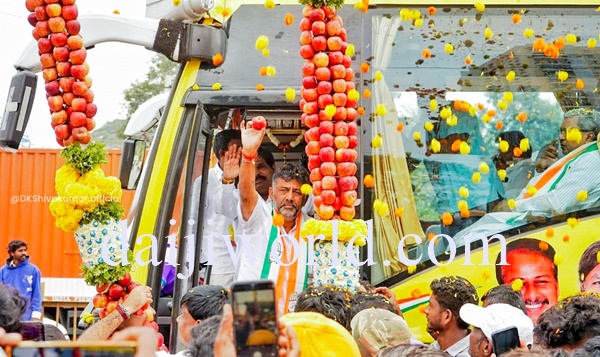 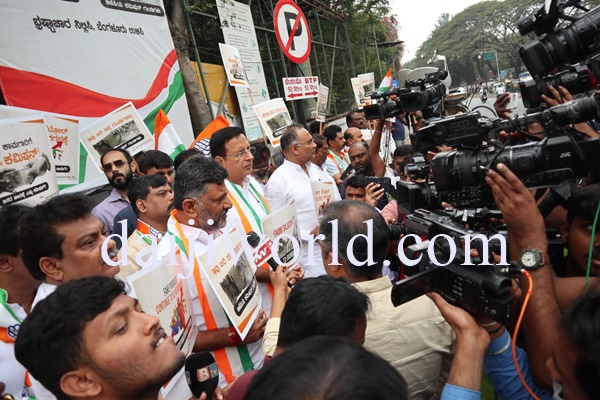 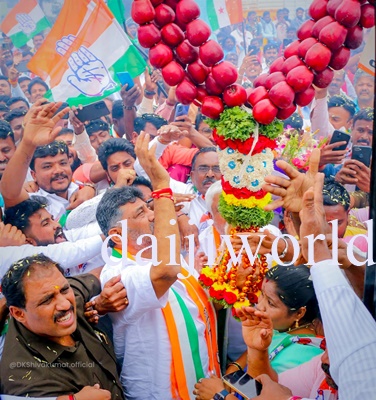 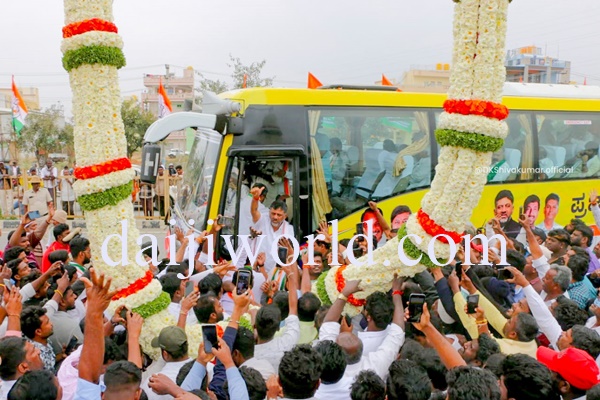 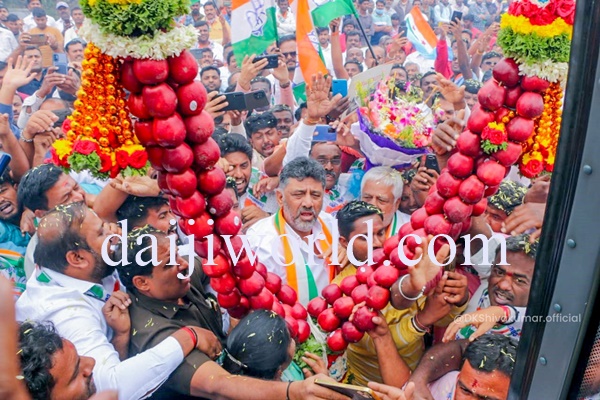 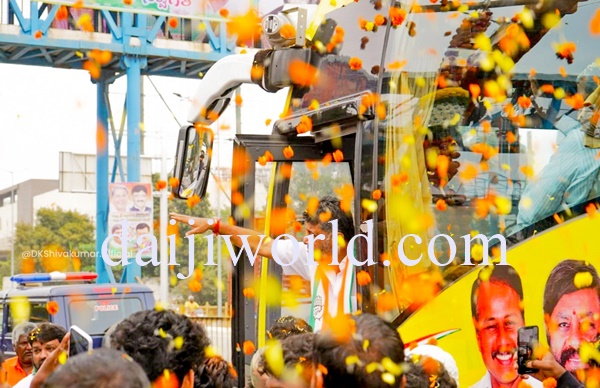 "The corrupt BJP government must be thrown out and corruption must be put an end to,’’ Shivakumar said and declared that Congress alone can set right matters.

After participating in the silent protest against corruption in Bengaluru, the KPCC chief, former Chief Minister and other leaders proceeded to Kolar to lead the Prajadhwani Bus Yatra with Shivakumar and Siddaramaiah calling upon people to pack off the corrupt Basavaraj Bommai government, which has made life miserable to the people due to price rise, inflation and unemployment.

The double engine BJP rule has failed the people, they said and asked the people throw out the corrupt Bommai government.

Siddaramaiah and Shivakumar said the Congress party delivers on its promises. Out of the 165 promises made in 2013, 159 were implemented, they said pointing out that the BJP had given 600 promises in 2018 but fulfilled only 50.

The Congress leaders said the party’s two firm guarantees of supplying 200 units of free power to all domestic users and Rs 2,000 each per month to all housewives is being attacked by the Chief Minister and BJP leaders. "They are asking how the promises can be implemented. We know how to do it. But we also want the people to know that BJP could have done much more than our promises if only the 40% commission money was spent to serve the people instead of filling their pockets," they said.

Siddaramaiah claimed that a strong pro-Congress wave has started in the State, which has upset BJP. ``They are now inviting Prime Minister Narendra Modi every week. Union Home Minister Amit Shah is also regularly visiting. But they cannot fool the people and prevent the BJP defeat,’’ he said and asserted that Congress party will come to power.

The Congress opposition leader claimed that he had tried to raise the corruption issue in the State legislature thrice but the Speaker disallowed. There rampant corruption in the government and the wall of Vidhana Soudha are reverberating with the words corruption and corruption.

'Will retire from politics if corruption proved'

"I have been Chief Minister for 5 years and have presented 3 budgets and served as Finance Minister for 12 years. If anybody can prove that I had demanded even a rupee bribe for releasing NOC, I will retire from politics," he declared asking the Chief Minister Basavaraj Bommai to disprove the corruption charges and 40% commission allegations against his government.

Siddaramaiah lashed out at JD(S) and dubbed it as "opportunistic party" and said: "H D Kumaraswamy was chief minister for 2 years 10 months. Did he forget his Pancharatna then? I had implemented KC Valley project by releasing Rs 1400 crore for filling up the tanks in Kolar. The greenery and agriculture in Kolar is because of the KC Valley project.

Siddaramaiah said the Congress party will definitely establish super speciality hospital in Kolar and improve the lot of famers.

"BJP promised to double the income of farmers, but failed to do it. BJP has refused to waive the farm loans. Modi government has waived Rs 14 lakh crore from capitalists like Ambanis and Adanis, Dr Manmohan Singh government had waived Rs 78,000 crore loans of farmers. My government waived Rs 8,165 crore farm loans. What did the BJP do," he asked.

Siddaramaiah declared that he would contest from Kolar if the party command gives the green signal and Congress government will implement all its promises.