Authorities to deport Pakistani woman for illegally staying in Bengaluru

Bengaluru, Jan 25 (IANS): A Pakistani woman in the custody of Karnataka authorities has been refusing to go back to her country as the authorities are preparing to deport her back to Pakistan, sources said on Wednesday.

The police sources revealed that the accused Pakistani national Ikra Jiwani has been pleading the authorities not to deport back to her country.

The woman is claiming that since she had married an Indian, she should be allowed to stay back in Bengaluru with him. 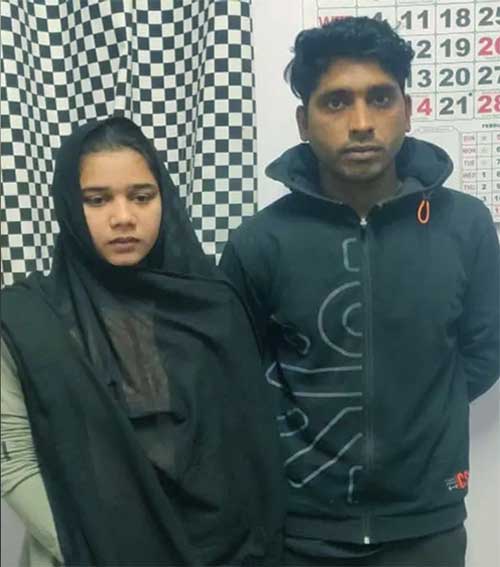 She is saying she loved her husband Mulayam Singh Yadav and married him after falling in love. She is claiming that she can't live without him, sources said.

Ikra is presently in the custody of the Foreigners Regional Registration Office. The authorities are preparing for her deportation and are approaching the Pakistan government in this regard which will take about two months, police said.

However, authorities are growing suspicious about the couple as they had not produced any documents as proof for their wedding.

Sources say that the couple have not submitted their marriage photos or certificate.

The Bellandur police in Bengaluru have taken up the investigation in this matter.

The Karnataka Police had arrested the 19-year-old Ikra for illegally staying in India. The accused had sneaked into India through the Nepal border.

The accused had got introduced to Mulayam Singh from Uttar Pradesh through a dating app and later married him.

Preliminary investigations showed that the couple resided at Junnasandra locality near Sarjapur road in Bengaluru. She attempted to contact her mother who lives in Pakistan.

The central intelligence agencies have gathered information about the accused woman and alerted the state police authorities.

The police had conducted a special operation and took her and her husband into custody. The police are investigating the antecedents of the woman and tracking her history and activities in India.

The accused woman had renamed herself as Rava Yadav and hidden her original identity.

The accused woman had also made submissions to obtain an Indian passport under the new name.