Mangaluru, Jun 22: International Yoga Day was celebrated at Lourdes Central School on June 21 at the school roof top auditorium. As many as 139 students actively participated with enthusiasm.

Khushi of class 8 accorded a cordial welcome to chief guest Vidhyashree and vice-principal Belita Mascarenhas. She also introduced the chief guest to the gathering.

The programme began by invoking God’s blessings with a prayer song sung by the school choir. The programme was then inaugurated symbolically by lighting of lamp by the dignitaries. 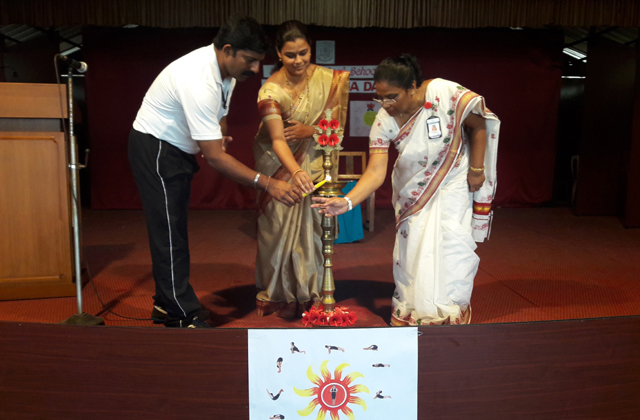 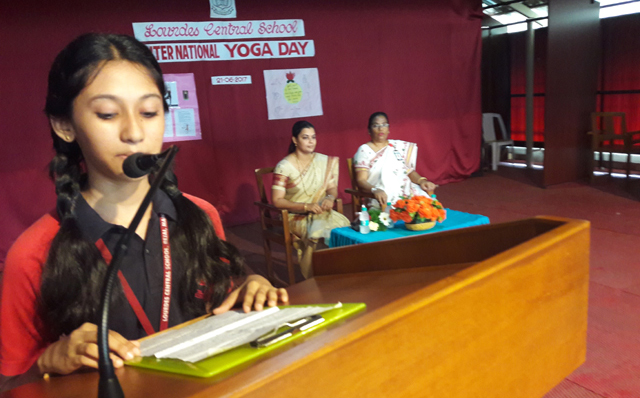 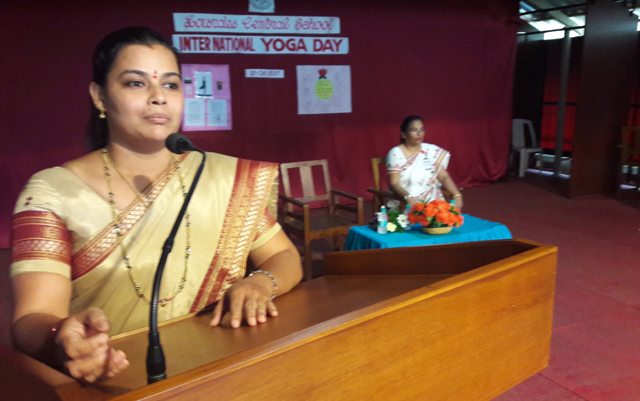 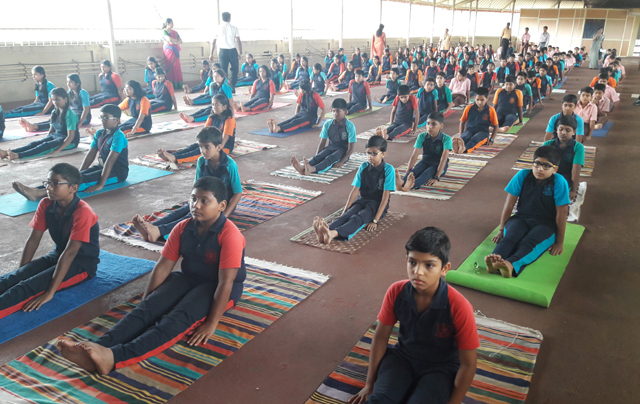 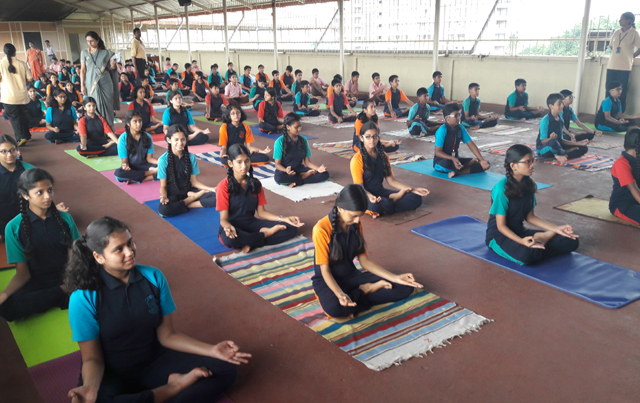 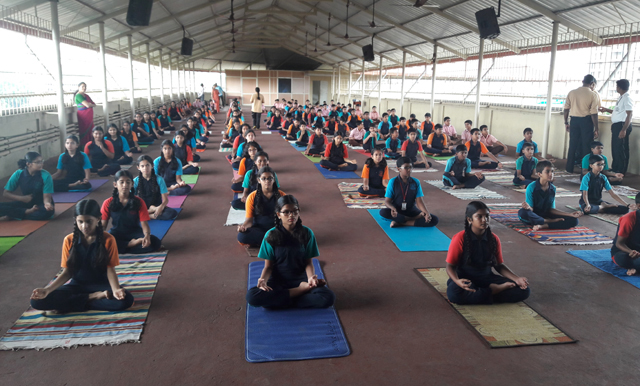 Anjali of class 8 read out the importance of the day.

The chief guest in her motivational and inspiring talk briefed the students about the importance of breathing and she also said them to practise yoga under the guidance of a yoga guru. She also advised the students to do the yoga asanas properly and said that if done wrong, it will affect their body.

She also taught some yoga asanas and some breathing techniques like Anuloma and Viloma.

Sunidhi of class 8 compered the programme and the vote of thanks was delivered by Nidhi.