Mangaluru, Jul 7: The student union election at Besant Women's College for the academic year was conducted via electronic voting on Friday, July 7.

‘E-Voting’, a software developed by the Department of Computer Science, was instrumental in facilitating this election.

Students enthusiastically participated in the e-election to elect Kavyashree of final year BCom as president, and Kaushalya Devi Himani from final year BA as vice president. Nisha of second year BCom was elected the secretary and Rashmitha of first year  BCom  assumed the joint secretary post. 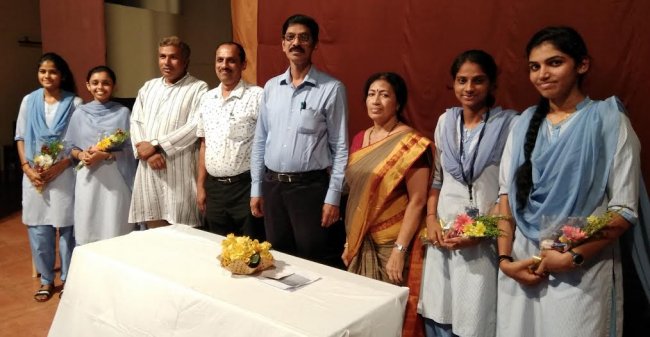 College principal Dr Sathish Kumar Shetty P, after declaring the results said, "Constructive activities that uphold the unity of the college are to be executed by this students union. Any disputes among the stakeholders like management, teaching and non-teaching staff, parents and students can be amicably solved through dialogues than drastic actions like agitation or strike."

Raviraj of the Kannada department compered the programme.