Mangaluru, Jul 21: Coastal Regulatory Zone (CRZ) 2019 is nearing the stage of approval. The new map that is very much needed for the implementation of new notification is likely to be approved soon. In the final phase of the process, a public grievances meeting is being convened in Dakshina Kannada district on July 31.

Members of the public can come up with suggestions for any changes, objections etc. But major changes will be difficult to be made. Minor changes that are feasible and if they are approved by the district level can be considered. 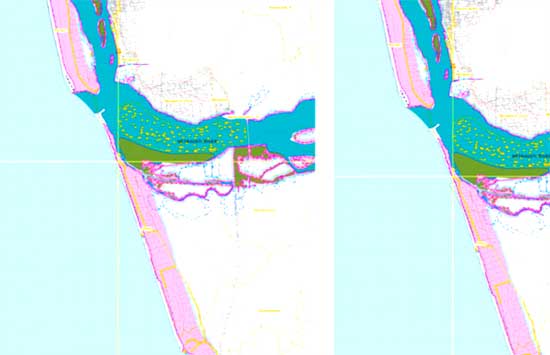 Even though the CRZ notification was issued two years ago, the 2011 notification is still in force as new map was not drawn. The CRZ plan and map have been prepared by the National Centre for Coastal Management (NCSCM). The CRZ map has been kept in the office of the deputy commissioner, zilla panchayat office, coastal regulatory zone areas like taluk panchayat Mangaluru, city corporation, Ullal city municipality, Mukka town panchayat, gram panchayat offices and environmental regional director’s office at Urwa Store. Even though objections had been invited form the people, because of covid19, not many responses were received. The time of two months given from May 15 therefore, may be extended by a few days, the officials say.

Meeting to submit objections will be held at 11 am on July 31 at the auditorium in the office of the deputy commissioner, Dakshina Kannada.

Currently no construction activities are allowed in the seashore. As per the new notification, temporary structures supporting tourism, food stalls etc will get permission. Ten beaches recommended by the tourism department like Panambur, Someshwar, Tannirbhavi, Surathkal and Sasihithlu have been notified. If the fishermen want to build houses, there is provision to permit the same. Currently, CRZ restrictions are in force up to 100 metres. As per new notification, this has been reduced to 50 metres. Some, villages where the salt content is less than 5 percent, may get concession from CRZ rules.