3 drown during Ganpati immersion in Mumbai

Mumbai, Sep 20 (IANS): At least three boys drowned and two were rescued when they were swept away in the Versova Creek waters, the BMC Disaster Control said here on Monday.

The tragedy occurred late on Sunday night when the boys had gone for the immersion of Lord Ganesh idols marking the end of the 10-day long Ganeshotsav.

The local lifeguard and Versova villagers managed to rescue two boys from the swirling creek waters before the Mumbai Fire Brigade reached and they were rushed to the R.N. Cooper Hospital at Juhu. 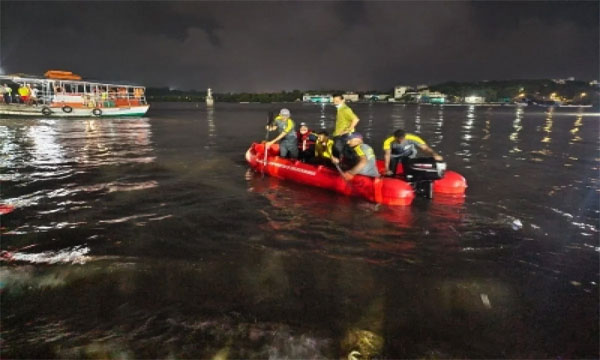 A massive aerial and underwater search has been launched for the missing trio with help of Indian Navy divers.