Srinagar, Oct 23 (IANS): The higher reaches of Jammu and Kashmir received fresh snowfall on Saturday, while heavy rain lashed the plains in the union territory.

A Met Department official said moderate to heavy rain continued in the plains while Sonamarg, Pahalgam, Gulmarg and other places in the higher reaches received fresh snowfall.

"Moderate to heavy rain lashed the plains. Same weather conditions are likely to continue during the next 24 hours", the official added. 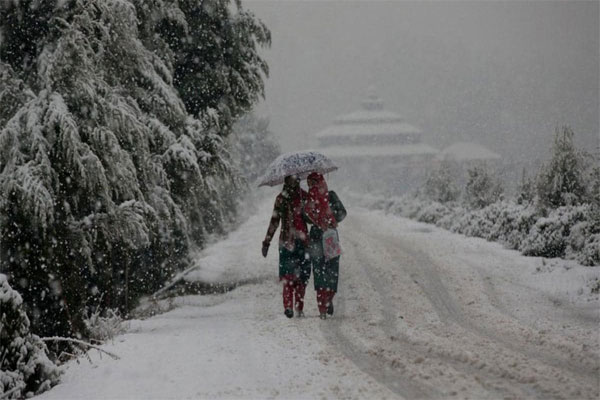 South Kashmir's Shopian town recorded 4 to 5 inches of snow in the morning.

The Jammu-Srinagar National Highway was closed for traffic as landslides and shooting stones hit the highway in the Ramban area.

The minimum temperatures have also dropped throughout the valley.

In the Ladakh region, Kargil recorded the season's first snowfall on Saturday, while 5 inches of fresh snow was recorded in Drass town.