Udupi, Nov 23: “A special beat system called ‘Sunset Operation’ has been launched by the Udupi district police in order to keep an eye on drug peddling, illegal activities and protection of women,” said district superintendent of police N Vishnuvardhan in a monthly interaction programme held at press club here on Tuesday November 23.

He said, “In this operation, city stations’ police personnel including the SP and ASP will undertake special rounds in Manipal once a week or more between 7 pm to 11 pm, especially in the sensitive and desolated area. We started this system two weeks ago as an experiment (pilot plan). The beat system will be extended to wherever required. This surprise beat system will help to tackle crimes happening in the city in the nights. 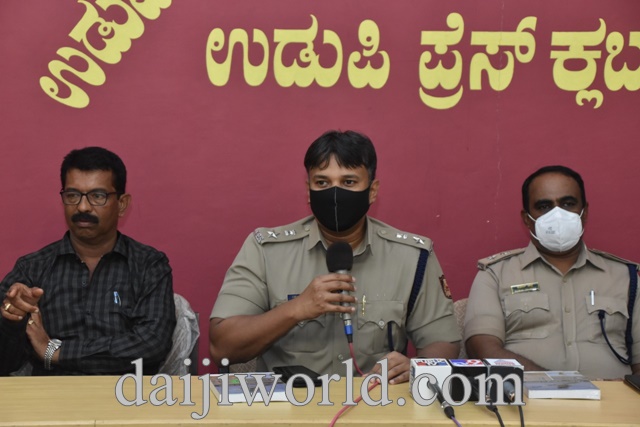 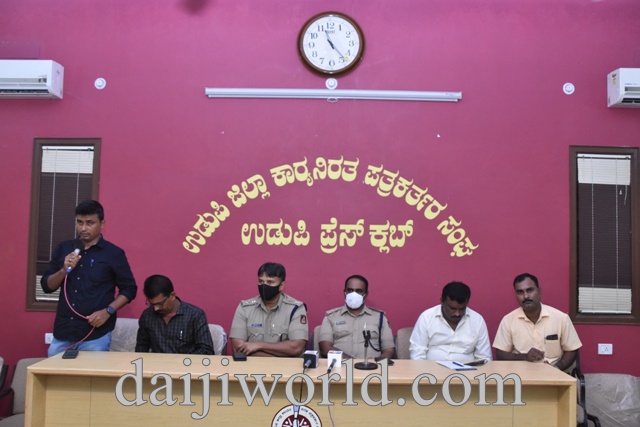 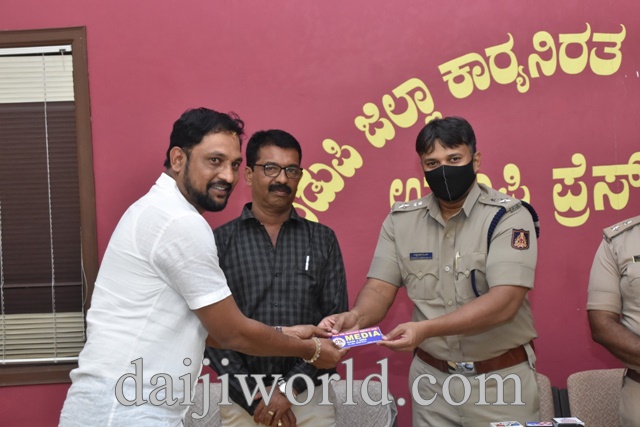 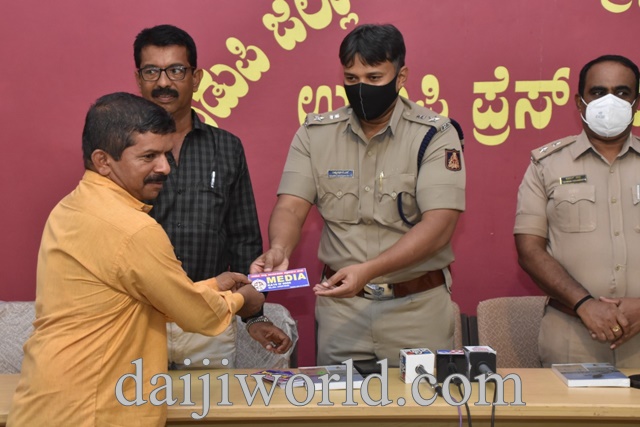 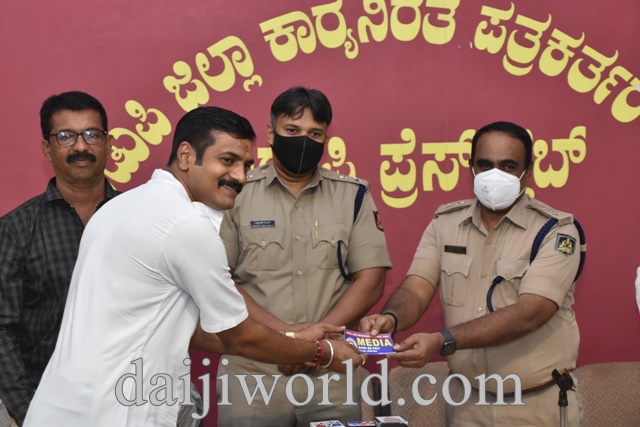 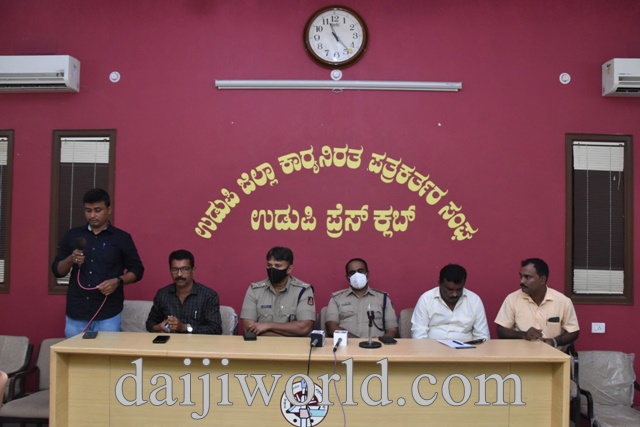 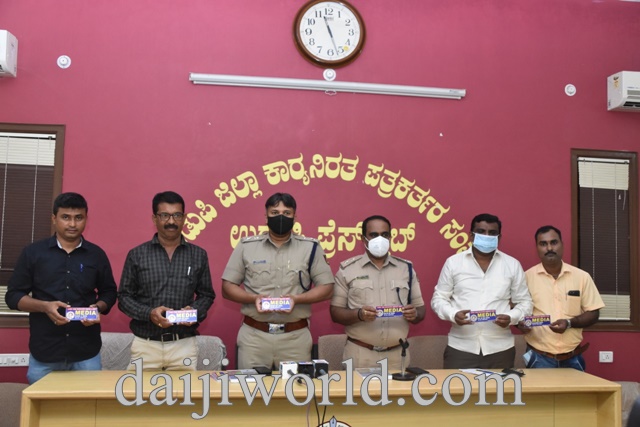 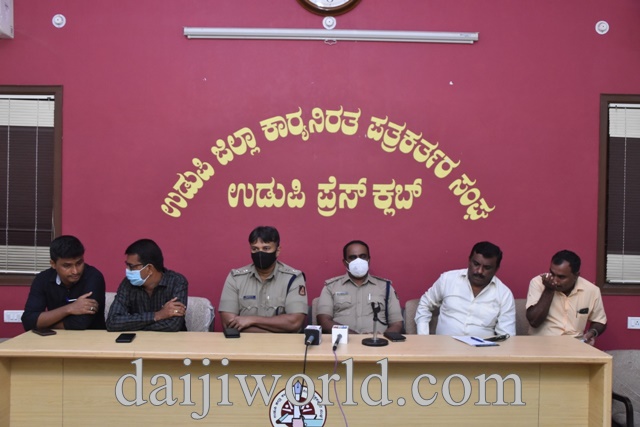 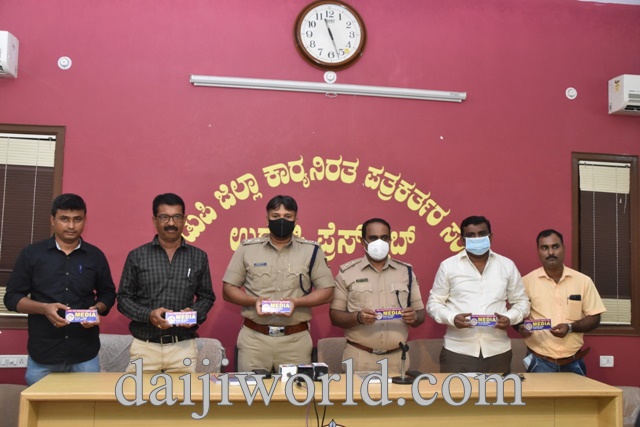 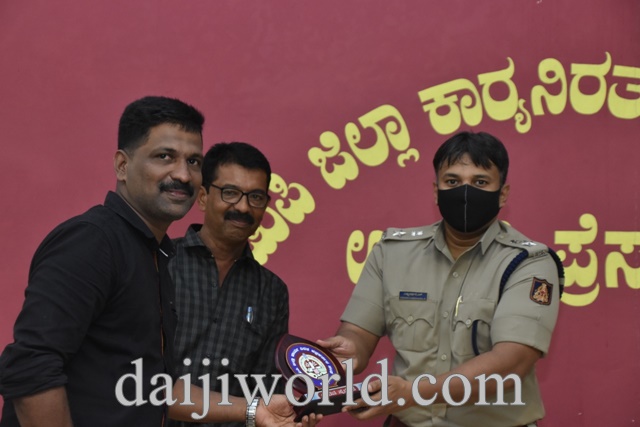 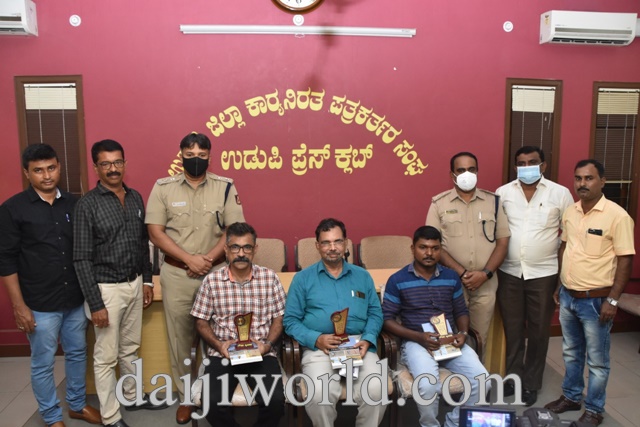 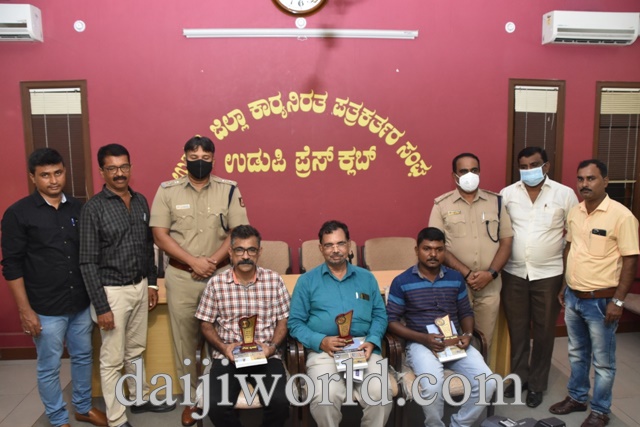 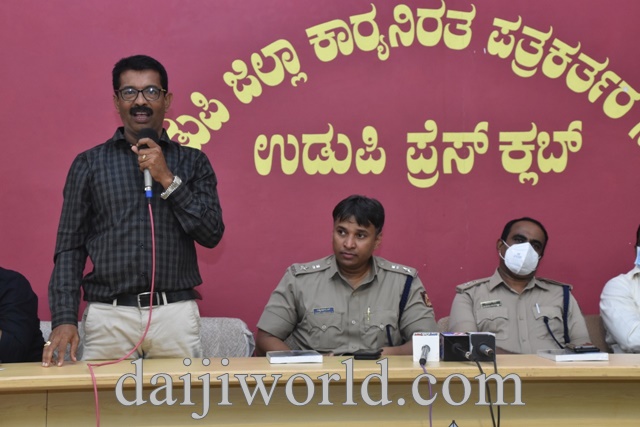 “We are taking necessary measures to prevent traffic problems in the city. We are working round-the-clock to manage traffic in the city especially during peak hours, in school zones and during the weekends. Due to uncertain rainfall, the road works are stopped. Hence, a little more time is required for all things to fall in place.

“At Kalsanka junction, there is enough space to take deviation to the left for smooth flow of traffic. We are planning on that part,” he said.

The SP also requested victims of cyber crimes and online frauds to approach police or block their bank accounts.

“There is no permission to park vehicles on the footpaths. We will talk to the concerned authorities on this,” he assured.

On the occasion, SP Vishnuvardhan released media stickers for the vehicles and handed them over to the mediapersons. Ankith Shetty and Chethan Matpady had helped in designing the media sticker.

ASP Kumarachandra said, “The police department and media play important roles in maintaining the wellness of the society. Let us work towards a ‘crime-free society’.”