Belagavi, Nov 24: Lakhan Jarkiholi, by filing nomination papers as an independent candidate for the election of two council seats from the district, has defied the BJP leadership. Lakhan, younger brother of local strongman Ramesh Jarkiholi, also showcased his clout by rallying around a large crowd of his supporters when he filed his nomination papers on Tuesday November 23.

Ramesh and Balachandra Jarkiholi had made all out efforts to convince the BJP leadership to field Lakhan as the party candidate. They had also pressured the central leadership by going to Delhi. But the leaders stayed firm on not fielding the second candidate. They also had tried their best through chief minister, Basavaraj Bommai, to bring pressure on the party bigwigs to agree to their proposal but could not convince the leaders. 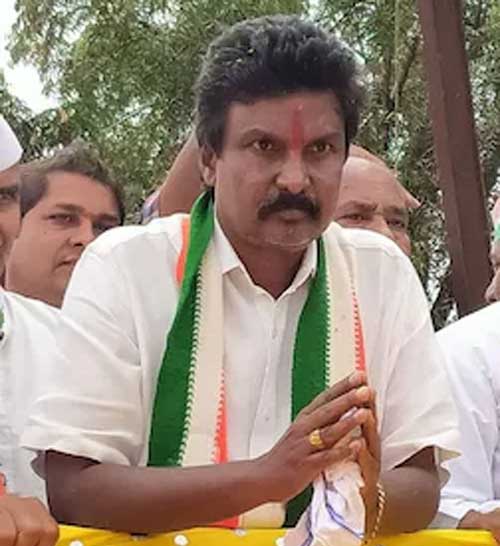 Lakhan, under advice from his elder brothers, filed nomination papers, accompanied by a large crowd of supporters, as an independent candidate. He also held a meeting of his supporters.

Speaking to the media, MLA and former minister, Ramesh Jarkiholi said that he would urge the voters to cast their first preference votes to BJP's official candidate, Kavatagimath, to defeat the Congress candidate. He exuded confidence that he would be able to convince the national leadership of the BJP to instruct the electorate to cast the second preference votes of BJP electorate to Lakhan Jarkiholi.

In the meantime, Karnataka Pradesh Congress Committee working president and brother of Ramesh, Balachandra and Lakhan Jarkiholi, Sathish Jarkiholi, said that the council election is fought on the basis of the party and therefore for him, party is more important than his family. He said his party is asking the voters to cast votes to the only candidate fielded by the Congress and that their efforts would be towards ensuring the victory of party candidate, Channaraja Hattiholi.