Udupi, Nov 25: Speaking on the accusation that Congress candidate for MLC elections, Manjunath Bhandary is a close aide of RSS, Dhruvanarayan, executive president of KPCC, said, “Manjunath is not from RSS background. He has worked as a NSUI activist from the beginning. He has also worked in youth Congress and Congress party in various positions. The accusations against Manjunath are just rumours.

“It is true that I compared RSS with Taliban. However, I did not compare them with Taliban in all aspects. Only in certain aspects I said they are like Taliban. What is the contribution of RSS for the development of the country? What was their contribution to the country during the pre-independence freedom struggle? What they have contributed towards the economical development of the country after independence? RSS does not believe in social justice. They propagate Manuvada and segregated class society. Congress is committed to secularism. We have given opportunity to all classes of society in the 25 seat for MLC elections.” 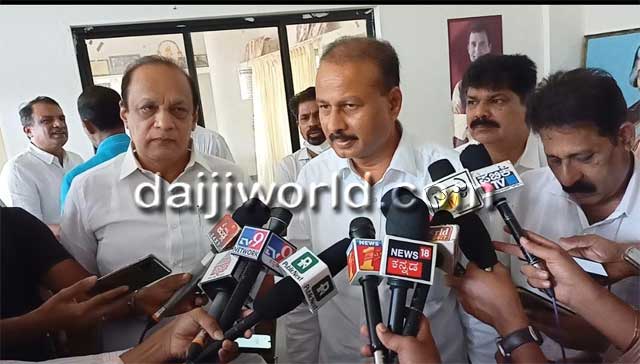 Clarifying the rumours of former minister Pramod Madhwaraj joining BJP, Dhruvanarayan said, “Pramod took part in the membership registration meeting that was held at Bengaluru. He had led the election campaign of Hanagal bye election. He also took part in the bye election campaign work for 15 days. There are no internal differences within the party. We all are working unitedly. I am not aware of the recent developments. I will discuss this matter with Pramod.”