Delta variant still responsible for 99% of Covid cases globally: WHO

Washington, Nov 29 (IANS): While the world is on high alert due to the new Omicron Covid strain, Delta variant continues to be a major cause of the pandemic contributing to 99 per cent of cases, the World Health Organisation (WHO) said on Monday.

Last week, the global health body classified the latest variant B.1.1.529 of SARS-CoV-2 virus, with the name Omicron, as a "Variant of Concern" (VOC), which means it could be more contagious, more virulent or more skilled at evading public health measures, vaccines and therapeutics. First detected from Botswana, in Africa, it has since spread to various countries in Europe, including Belgium, the Netherlands, France and the UK, in Australia and Canada among others. 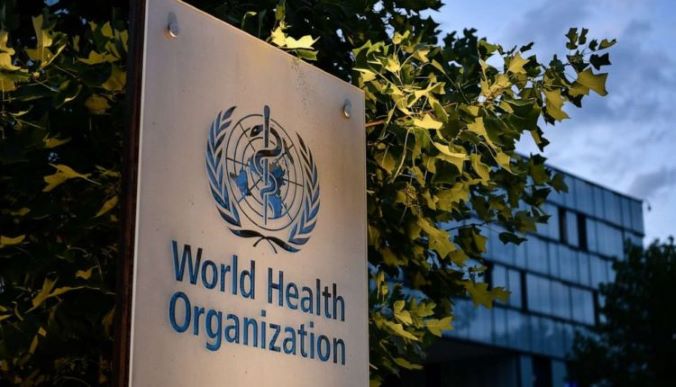 "I think that's our priority while we wait to find out more about (the Omicron) variant," Swaminathan said.

While health experts are concerned about Omicron's transmissibility given its unusual constellation of mutations and profile that differs from previous variants of concern, the WHO said that it is not clear how transmissible the variant is and whether it will increase the severity of disease.

"It is not yet clear whether Omicron is more transmissible (e.g., more easily spread from person to person) compared to other variants, including Delta," the WHO said in a statement.

It is also "not yet clear whether infection with Omicron causes more severe disease compared to infections with other variants, including Delta".

The numbers of infections as well as hospitalisation have risen dramatically in South Africa, where Omicron was discovered. But this may also be due to increasing overall numbers of people becoming infected, rather than a result of specific infection with Omicron.

"There is currently no information to suggest that symptoms associated with Omicron are different from those from other variants. Initial reported infections were among university studies -- younger individuals who tend to have more mild disease -- but understanding the level of severity of the Omicron variant will take days to several weeks," the global health body said, adding "prevention is always key".

Swaminathan said that scientists are conducting experiments and collecting to understand the variant; and also called on countries where the omicron variant has been detected to share their clinical data and genomic sequence data through WHO's platforms for scientists to study.

"And thirdly, and very importantly, is this variant able to evade immune responses either after natural infection or after vaccines," she added.

However, she stated that currently, it should be assumed that the existing vaccines will provide some protection, if not full protection against the new strain. Thus, "it's really important that everybody out there who's still unvaccinated, or who has received only one dose, must get a full course of vaccination," she said.