Toronto, Dec 28: Maxim D’Mello, one of the highly acclaimed Mangalurean leaders in Canada and outside India, has been unanimously elected as the president of ‘The Mangalorean Association of Canada' (MAC) for the fourth term during its Annual General Body Meeting (AGM) held on November 21 at Petrescue Hall, Carmen Corbasson Community Centre, Mississauga, Canada. Maxim D'Mello, proud son of the late Antony D'Mello and the late Lucy D'Mello, hails from the famous St. Lawrence parish, Attur, Karkala, Dakshina Kannada. He is happily married to Prescilla Lobo with three well settled children. After his graduation from Sri Bhuvanendra College, Karkala, he left for Kuwait for employment and worked for The Bank of Kuwait and the Middle East, KSC, Kuwait for over 25 years. He was actively involved with Kuwait Canara Welfare Association (KCWA) since its inception and served as a President before immigrating to Canada in 2002. From then on, he is part of the Mangalorean Association of Canada and serves the community. In 2006 he got elected as its president for the first time. 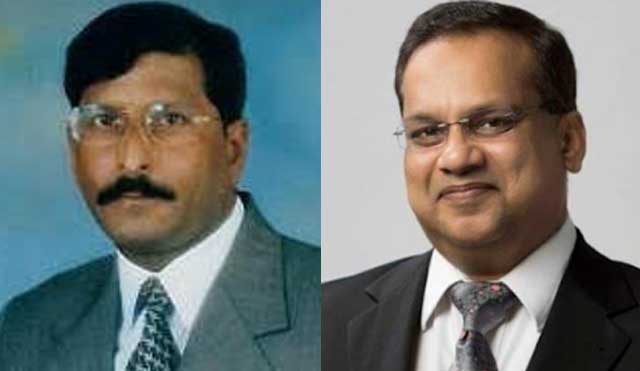 In addition MAC is fortunate to get yet another dynamic leader Everest Vijay Dante popularly known as Vijay Dante to its fold as the vice-president. Vijay, a philanthropist is a well-focussed, dedicated and a family-oriented business professional. He is the proud son of the late ‘Sridanti’ (Francis Dante from Udupi, Karnataka, India), a renowned writer, poet and a religious leader who is also one of the founders of Catholic Sabha, Mangaluru. Vijay is well educated, a post-graduate who completed MSc, in Medical Microbiology from Manipal University, Karnataka, India. He worked in Abu Dhabi, UAE for a decade and moved into Canada in 1995. A ‘Hands-On’ person coming from a humble background as an immigrant to Canada almost twenty-three years ago, Vijay Dante has faced many struggles and challenges which has helped to build him up as a upright, honest and hardworking Canadian. He is owner of ‘Udupi Madras Café’ (UMC) one of the prestigious business houses in Toronto. The UMC has won the prestigious ‘2021 Mississauga News Readers’ Choice Award’ for the successive 2nd time in a row. Serving the international community in Mississauga, Canada for 15 years, UMC specializes in fresh, wholesome, and nutritious South Indian vegetarian food.

The MAC AGM started with a prayer followed by the welcome address by the incumbent president Manohar Pais, one of the dynamic and highly talented Konkani personalities inside and outside Canada who led the MAC for five successive years. He extended a warm welcome to the members who attended in large numbers. He expressed his joy on the completion of the successful tenure and applauded exiting members of the executive committee for their dedication and hard-work. 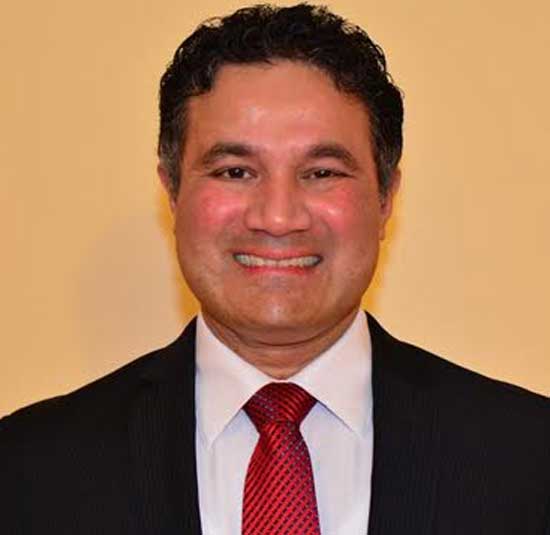 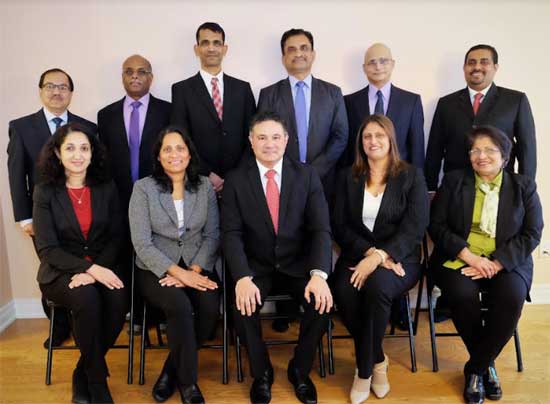 Despite Covid-19 pandemic catastrophe, during Manohar’s tenure the MAC had very fruitful years during 2017-2021, a real drive towards unity among Mangalureans in the GTA and within Canada and a keen passion to keep the flame of Konkani culture and traditions burning brightly especially through the most cherished Nativity Feast (Monthi Fest). The members owe a huge debt of gratitude to the incumbent president, Manohar Pais and the executive committee, who have served the Mangalurean community tirelessly by promoting MAC in the GTA and within Canada.

Under the leadership of the able, energetic, talented president, Manohar Pais, working in unison with the elected EC, the community members and the dedicated volunteers, MAC had stellar years of successful events and accomplishments. While speaking to Daijiworld at the venue Manohar said, “We take pride in what we have done in the last five years and we believe that we have lived up to the expectations of our members. While we promise our full support to those who take over the responsibilities from us shortly, we boldly say that MAC is on solid footing, the pillars are strong, and the flag is flying high.”

MAC Social: MAC’s annual Family Social was held at Payal Banquet Hall, Mississauga on the May 5, 2018. Response from the community was excellent and the event was attended by over 550 people which is a record in ‘MAC Social’ history.

MAC Picnic: MAC annual picnic was held on June 23 at Meadowale Conservation Park, Mississauga. There were games for all age brackets – from the young ones to the young at heart. Games like tug-of-war, water balloon toss, ring toss, volleyball, throw-ball and gather the card were well appreciated. There was great enthusiasm all around and people enjoyed the potluck lunch followed by watermelon and tea.

Monti Fest: MAC’s signature event, Monti Fest was held on Sept 9, 2018, at Maximilian Kolbe parish. Proceedings started with the Novena and Mother Mary was venerated with flowers by the children of the Mangalurean community in an offering ceremony, after which the entire congregation held a procession towards the church hall for a liturgical celebration led by Fr Edwin D’Souza, and co-celebrated by Fr Roshan D’Souza, Fr Andrew Lewis and Deacon Sarfraz Pinto. Cultural event followed at the Pope John Paul II hall with over 350 guests present. That year’s highlight was the cultural event presented by MAC’s talented youth. From emceeing to dance and songs, they kept everyone enthralled. Scholarships of $1000 and $500 were awarded to, Aaron Mathias and Vivek Pereira, children of the members in good standing, for their academic excellence and voluntary services to the community.

Prior to Covid-19 pandemic with the guidance and support from the spiritual director, MAC has been able to celebrate Konkani mass every second Saturday of the month. During the Holy season of Lent, the Mangalorean Association of Canada held Stations of the Cross every week, and arranged for renowned preachers such as Fr Henry Alva, Fr Roshan D’Souza and Fr Edwin Gonsalves, who preached and held retreats after the Stations of the Cross. MAC also trained children and youth of the Mangalurean community to conduct a special way of the cross and to do the mass readings. MAC organized the Christmas tree event on the December 9, 2018 following the Konkani Mass. Carols were sung under the Christmas tree by the side of Santa’s igloo, and the children were thrilled by the big man in Red himself, as he gave away candies and gifts.

MAC’s website has been revamped with the efforts of MAC president Manohar Pais and the web master, Leo D`Cunha.

Rs 1,00,000 has been donated to Sneha Sagar Society, Malwani, India. Sr Martha Mondal and her congregation are doing a great job taking care of the orphans and the needy. MAC is proud to contribute to this worthy cause.

MAC has donated cash and non-perishable food items to Mississauga food bank. The collection for the canned food was done at our fun trip to Casino Rama and also at the Christmas event.

MAC activities from December 2019 to date

The Children's Christmas party was held on December 14, 2019, following the 6pm Konkani mass, for which Fr Henry Alva was the main celebrant. Children's tableau (short skit) was put together under the guidance and leadership of Nina Crasta. Christmas carols were sung under the directions of Merlyn Rodrigues and Wilson D'Souza.

Activites for the year 2020

In the month of February 2020, a donation Rs 25,000 was made to a boy in Mangaluru who was suffering from cancer.

The Lenten retreats were planned for five consecutive Saturdays starting February 29, 2020. Two of them were held as per plan, but the remaining were cancelled due to Covid restrictions.

MAC Social 2020, MAC Picnic 2020 and the Monthi feast 2020 celebrations were called off because of rising Covid-19 cases around the city and the fear of facing fines and the consequences in case it turns out to be a super spreader event.

Activites for the year 2021

Due to the efforts of MAC EC to re-start the monthly Konkani Mass that was stopped temporarily due to Covid-19 pandemic, and the first Konkani Mass in person after the Covid restrictions was offered on August 7, 2021.

In July 2021, the winners for 2021 were declared under the supervision of Suneetha D’Souza. Accordingly, Seneca Rego received the winner’s award of CAD 1,000 and Jane D’Souza received runners-up award of CAD 500 during Monthi Fest celebrations.

Monthi Fest was celebrated on September 12, 2021, at the Maximillian Kolbe parish church. Nearly 300 people attended the Holy Mass. The flower offering ceremony outside the church followed by the procession were cancelled at the last moment, basically to maintain social distancing and to avoid spread of virus among the young and unvaccinated children. However, the ceremony held inside the church under the leadership of vice-president Vidya Alvares, was executed well and was appreciated by many of those present. The cultural programme at St John Paul II hall could not be held due to government restrictions. The formation of the new executive committee for the upcoming year was the main highlight of the day. The members of the new Executive Committee for the year 2022–2023 are the following: 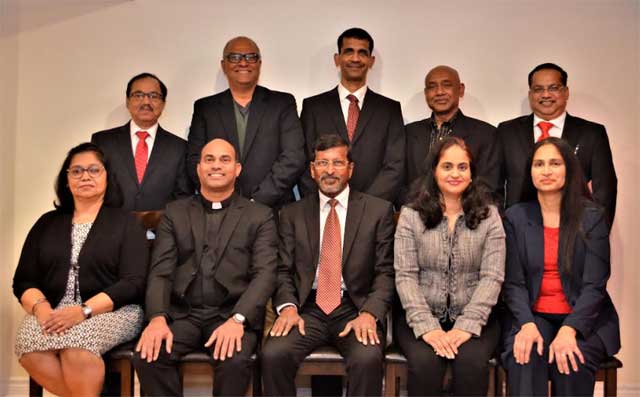 Ivan Lobo, one of the most committed, dedicated members and only one to serve in the executive committee from the inception of MAC, as an auditor approved the financial accounts of MAC.

The MAC immensely thanked Fr Edwin D’Souza for the strong spiritual support he rendered from the time of its inception and the commitment he showed to the association despite his ill-health. He attended most of the services without fail until the pandemic separated us and compelled him to move to the Senior Home. MAC wished him good health, peace, and happiness in the years to come. Since he is unable to support MAC due to his ill-health, MAC during AGM appointed him as the honorary spiritual director and Fr Roshan D’Souza CSC as the spiritual director of the Mangalorean Association of Canada.

Incidentally MAC, the pioneer Mangalurean Association in Canada completes two decades of service to the community in the year 2022. The new EC has already planned to host their Signature Event ‘MAC Social 2022’ on May 6, 2022 (more details to follow). The MAC members are looking forward for exhilarating post-pandemic events organized by the energetic, talented, and vibrant EC team under the dynamic leadership of Maxim D’Mello and Vijay Dante.